Dungeons are a core feature of WoW Classic. Starting at level 10, there’s a vast variety of dungeons available for you to access up to level 60. Having enough wow gold may make your experience to Dungeons easier. We’ll be going over all you need to know about dungeons in this guide.

Tanks absorb damage and prevent the enemy mobs from killing the healer and the DPS. A Warrior normally tanks, equips a shield, and uses appropriate threat-generating skills such as Sunder Armor and Shield Slam. Other than Warriors, Feral Druids and Protection Paladins can tank.

The most popular DPS for dungeons is Mage, Warrior, Rogue, Warlock and Hunter. Hybrids can DPS, but usually they will end up healing.

A healer keeps alive the group and resurrects dead members. Typically, a Holy Priest because of their powerful healing kit and buffs like Power Word: Fortitude, but Restoration Druids, Holy Paladins, and Shaman restore can also heal.

All dungeons in WoW Classic has a cap of 10 players, except for Blackrock Depths, Stratholme (Alive Side), Stratholme (Undead Side) and Scholomance, which all have a cap of 5 players.

Players can level up in Classic WoW through dungeon grinding. With an efficient party, you can get drops and experience very effectively across instances, and also get drops which are usually improvements over quest rewards. You need a party to grind dungeons at all times though. You will need to find a group of like-minded players if you don't have a fixed party that does dungeons together when levelling up. Although any class can grind dungeons, there are two commonly recognised dungeon grinding metas: Melee Cleave, and Spell Cleave.

Melee Cleave uses Warriors' strength to inflict massive quantities of harm on several groups at once. Thanks to abilities such as Cleave, Whirlwind and the skill Sweeping Strikes, Warriors are able to reliably inflict heavy damage on enemy groups and have no downtime between pulls due to their Rage system. Melee Cleave groups are centred around providing for Warriors, with good compliments being Shaman because of the strong Windfury Totem or Blessing of Might Paladins. Certain groups of DPS and healing can join Melee Groups just fine, but they do not have as much potential damage as warriors do.

In comparison, Spell Cleave groups are formed around Mages. Together with the skill Improved Blizzard, the spell Blizzard allows Mages to easily manage groups of multiple enemies while dealing the best AoE damage in the game. Unlike Melee Cleaves, Spell Cleave groups have at least one Mage as the only tough requirement, but other classes with good AoE such as Warlocks with Rain of Fire and Hunters with Volley may contribute to the damage. This technique, however, is very high-risk, high-reward, and a well-managed community of Spell Cleave is capable of obtaining the most experience / hour of gameplay.

Let’s now jump into some introductory material on dungeon quests. It can be very useful to run dungeons, even if you don't grind, at least once to complete dungeon quests. Some dungeon quests award you items of Rare quality that are as good, if not better than the drops the dungeon offers. To skip the tedium of money-making, you may simply buy wow gold classic, but that is up to you. 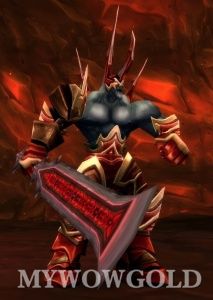 Ragefire Chasm is a network of volcanic caves located under Orgrimmar. A clan of troggs known as the Ragefire Troggs started inhabiting the chasms and, if left unchecked, could potentially overthrow the Horde. A Shadow Council faction also takes shelter in the caverns, while Thrall hopes they can lead the Horde straight to the dark clan leaders by holding them at bay. Because this instance is deep inside Orgrimmar, it is known to be an instance exclusively of Horde. Alliance has no quests leading into the instance, but brave enough players can adventure through the Horde capital and enter the instance to get its loot.

A night elf druid called Naralex recently discovered a network of underground caverns within Northern Barrens' core. Such natural caves, called the 'Wailing Caverns,' were lined with steam fissures that created long, mournful wails as they went off. Naralex felt he might use the underground springs of the caverns to restore fertility to the Barrens-but to do so would allow the Emerald Dream energies to be syphoned. However, once they were linked to the Dream, the vision of the druid became a nightmare. The Wailing Caverns soon started to shift-the waters turned foul and the once-docile creatures within metamorphosed into violent, mortal predators. Naralex himself is said to still live somewhere inside the heart of the labyrinth, trapped beyond the edges of the Emerald Dream. Only its former acolytes were tainted by the waking nightmare of their master turned into the Druids of the Fang.

The Deadmines were the largest gold-producing place in human lands prior to the First War. It's claimed gold deposits of the Deadmines once accounted for a portion of the treasure reserves of Stormwind. During the First War, however, they were abandoned. At that time, in a quest to acquire the Tome of Divinity, Lord Lothar went into the perilous Deadmines but was captured by a band of ogres and held captive for 20 months. Ultimately, he was rescued, and his mission was done. It was also to the dungeons below the Deadmines that Blackhand's daughter Griselda and the ogre Turok escaped to. An orcish Dungeon killed the two. At the time, the dungeons were populated by many slimes but were not encountered recently. The mines were abandoned in the aftermath of the First War and later thought to be haunted, leaving them largely intact until the Defias Brotherhood, a group of former workers turned brigands and claimed the labyrinth as a base for operations. With the aid of the goblins their ambitious king, Edwin VanCleef, was creating a juggernaut at the bottom of the mines. Since the Deadmines are located in Westfall, an Alliance location, they are considered a dungeon solely for the Alliance. Although the Horde does not have any quests leading to the dungeon, they that still venture into the zone and run the dungeon for its loot. 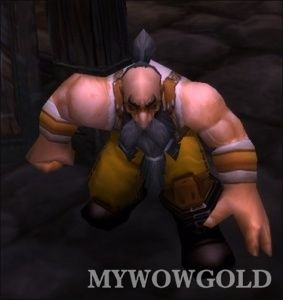 The worgen has besieged the noble, Baron Silverlaine's keep. Situated over Pyrewood's tiny hamlet, the keep soon fell into darkness and ruin. Driven mad with remorse, as his son, Arugal embraced the worgen and retreated to the newly dubbed 'Shadowfang Keep.'He still lives there, it's said, shielded by his pet, Fenrus, and haunted by Baron Silverlaine's vengeful spirit.

Warden Thelwater has managed to flee the holding area and actually enlists courageous thrill-seekers to move into the gaol and kill the mastermind of the rebellion, the sly criminal, Bazil Thredd. Because the Stockades are deep within Stormwind, they are known to be an Alliance-only dungeon. Although the Horde does not have any quests leading to the dungeon, they can still venture into the zone and run the dungeon for its loot. This is not recommended, because only a rare spawn, Bruegal Ironknuckle, will drop the loot.

Legends hold that the ancient beast, Aku'mai, took up residence within the ruins of the temple. The region has since been preyed upon by Aku'mai, a favoured pet of the primordial Old Gods. Drawn from the influence of Aku'mai, even the cults identified as the Twilight's Hammer have come to bask in the dark presence of the Old Gods.

It is alleged that the once-trusted advisor Mekkatorque, Mekgineer Thermaplugg, betrayed his people by allowing the invasion to occur. Now he is insane, Thermaplugg remains in Gnomeregan-continuing its dark schemes and serving as the new techno-overlord of the city. While Gnomeregan is located in Dun Morogh, an Alliance zone, the instance can be easily accessed by Horde players by completing the questline started with Rig Wars. This will require a teleporter at Booty Bay, in Stranglethorn Vale, to bring you near the entrance to the dungeon.

The old crone, Charlga Razorflank, had captured the great mass of Razorfen Kraul. Under her rule the quilboar stage of shamanism targets rival tribes as well as villages of the Horde. Some believe that for some sinister reason, Charlga also met with Scourge agents, aligning her helpless tribe with the ranks of the Undeads.

Leaks suggest that explorers entering the monastery are compelled to compete with Scarlet Commander Mograine-who commands a large garrison of fanatically devoted warriors; However, High Inquisitor Whitemane is the true master of the monastery, a formidable priestess who has the power to revive fallen warriors to fight in her name.

Undead Scourge agents-commanded by the lich, Amnennar the Coldbringer, seized possession of the quilboar race and transformed the thorn labyrinth into an undead power bastion. Now the quilboar is fighting a desperate battle to regain their beloved city, before Amnennar spreads its power over the Barrens. 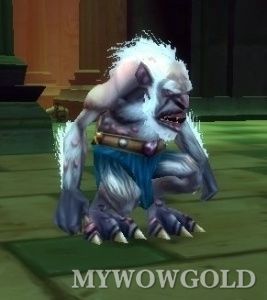 Recently the Dark Iron Dwarves launched a series of incursions into Uldaman, waiting for their fiery lord, Ragnaros, to claim the discs. However, there are many guardians guarding the buried city-giant living stone structures that kill any hapless intruders they encounter. A huge, sapient Stonekeeper called Archaedas guards the Disks themselves. Some legends also say the stone-skinned ancestors of the dwarves, the Earthen, still live deep inside the secret recesses of the region.

Leaks have suggested a band of mercenaries fleeing Gadgetzan stumbled into town and got caught. The fate is still uncertain. But perhaps most troubling of all are the hushed sounds of an ancient creature sleeping in a holy pool at the heart of the city-a mighty demigod who will wreak untold havoc on any foolish enough adventurer to awaken him.

Legend holds that the misbegotten centaur race was sired by Zaetar and the earth elemental princess Theradras. It is said that the barbaric centaur turned on their father when they appeared and killed him. Many claims that Theradras imprisoned Zaetar's spirit inside the winding cavern in her sorrow-used her energies for some malignant reason. The subterranean tunnels are inhabited by the Centaur Khans 'evil, long-dead spirits, as well as the wild, elemental minions of Theradras' own.

Ysera, the great dragon Aspect, learned of the plans of the Atal'ai and demolished the temple under the marshes. To this day, the drowned ruins of the temple are guarded by the green dragons which prevent anybody from entering or going out. It's assumed, however, that some of the fanatical Atal'ai may have escaped the wrath of Ysera and dedicated themselves to Hakkar's dark service.

Once the Dark Iron of dwarves this volcanic labyrinth now serves as the seat of power for the Firelord Ragnaros. Ragnaros has discovered the secret of creating stone life and plans to create an army of invincible golems to help him conquer the entire Blackrock Mountain. Obsessed with the defeat of Nefarian and his draconic troops, Ragnaros would go to every level to be victorious at the end.

That wraps up the main dungeons in WoW Classic, good luck!