First Aid requires players to use bandages to craft and heal themselves, and to craft anti-venom to prevent poison damage. Such objects can also be used on other players and on certain NPCs as well. Bandages can be made out of cloth which falls from most humanoids, with higher quality cloth resulting in more effective bandages.

First Aid should be one of the earliest professions you pick up, because it is very useful to have self-healing given while progressing, particularly if you are playing a class that does not heal. Anti-venom consumables can be produced from venom sacs dropping from venomous monsters (Large Venom Sac, Massive Venom Sac, etc.) such as scorpids, spiders, and most insecticidal creatures.

In this guide, Mywowgold will go through First Aid in WoW Classic, such as its benefits, usages, trainer locations, recipe locations, and suggested methods to get to 300.

There’s plenty of benefits to First Aid. First aid helps to minimise downtime between fights, as bandages can restore post-combat health quickly. First Aid can also aid classes with healing spells, as using a bandage can help to preserve mana. Hunter and Warlock players can also apply bandages, respectively, to their pets and demons. Players can use bandages in PvP encounters to regain their health while in battle or triage other injured players who do not actively suffer damage. First Aid helps to maintain mana and casts for healers in dungeons, raids and PvP environments, as bandages allow players to heal themselves and each other while not taking any damage. Characters below level 35 can increase their First Aid ability to 225 to use Heavy Runecloth Bandage, provided the bandages are created by another character. This is particularly important for players who build twink characters within this range of levels. As they will have access to much more effective bandages, this can also help with levelling alt characters. Learning and levelling of all secondary professions is strongly recommended for all players (and considered mandatory for raiding and PvP), as they provide additional utility and alternate gold-earning methods.

Bandages can be applied only once every 60 seconds to the same player / NPC, because bandages add the Recently Bandaged debuff, which is similar to the Weakened Soul. If the player applying the bandage or the player / NPC being bandaged causes damage, the healing effect is cancelled and the Recently Bandaged debuff is still applied. The player applying the bandage must not move, or it will cancel the channelling effect. Furthermore, as long as they stay within range the player / NPC being bandaged is free to pass. Bandages have a 15-yard radius when used on other players / NPCs.

Anti-venom consumables function like a normal consumable, with a cooldown of 60 seconds. Anti-venom is essential for PvP, dungeon and raid boss encounters-for example, using Powerful Anti-Venom to remove the Brood Affliction: Green debuff in the Chromaggus encounter in Blackwing Lair, or removing the Debilitating Poison from the enemy Rogue. Anti-Venom is also good as it frees up another cast for healers to use.

Players can learn Apprentice First Aid from any First Aid teacher, located in every major city and many other towns (typically in the starting area such as Razor Hill in Durotar). Not all First Aid trainers can train outside of Journeyman First Aid, though. Some important First Aid skills can only be obtained from the following sources: Professional First Aid-Under Wraps, Manual: Strong Silk Bandage, Manual: Mageweave Bandage, and Formula: Effective Anti-Venom. Artisan First Aid can only be qualified by Doctor Gustaf VanHowzen and Doctor Gregory Victor once the 'Triage' quest is complete.

There’s, Doctor Gustaf VanHowzen, required for Artisan First Aid, who located on the first floor of the Foothold Citadel Barracks at Theramore in Dustwallow Marsh (67.6, 48.8). Byancie is located on the north side of Dolanaar in Teldrassil, within the large tree building (55.2, 56.8). Dannelor is situated on the Darnassus Craftsmen's Terrace, west of the First Aid building (51.6, 12.6). Fremal Doohickey is located on the second floor of the Deepwater Tavern, at Menethil Harbor in Wetlands (10.8, 61.2). Michelle Belle is situated on the second floor of the Lion's Pride Inn (43.4, 65.6) in Goldshire, in Elwynn Forest. Nissa Firestone is situated near the Ironforge Great Forge, in the Ironforge Physicist's House (54.8, 58.6). And lastly, there’s Thamner Pol, who is at Kharanos in Dun Moroph, inside the Thunderbrew Distillery (47.2, 52.6).

There’s Doctor Gregory Victor. He is located at Hammerfall in the Arathi Highlands, in the large building on the southwest side (73.4, 36.8). He is needed for Artisan First Aid. Arnok sits on the west side of the Valley of the Spirits in Orgrimmar (34, 84.4). Mary Edras is located in Undercity's Rogues' Ward, in the inner cloister (73.6, 55.6). Nurse Neela is situated within the Gallows End Tavern at Brill in Tirisfal Glades (61.8, 52.8).  Pand Stonebinder is in the Spirit Raise building in Mulgore, in the Spiritual Healing building (29.6, 21.4). Rawrk is located in Durotar at Razor Hill, within the Razor Hill Barracks (54, 42). Vira Younghoof is located at Village Bloodhoof in Mulgore, within the inn (46.8, 60.8).

To learn Expert First Aid, you’ll need to purchase Expert First Aid – Under Wraps at 125 First Aid Skill, sold by: Deneb Walker is situated on the northeast side of the chapel at Stromgarde Keep, in the Arathi Highlands (27.2, 58.8), and Balai Lok'Wein who is situated in the village of Brackenwall in Dustwallow Marsh, between caravans on the north side (36.4, 30.4). They also sell the Manual: Heavy Silk Bandage and Manual: Mageweave Bandage.

The quest Alliance Trauma / Horde Trauma will become accessible once you reache level 35 and a First Aid capacity of 225. This search for breadcrumb leads to Triage. The quest for breadcrumb is optional and not required, so players can travel to Arathi Highlands (Doctor Gregory Victor) or Dustwallow Marsh (Doctor Gustaf VanHowzen) to pick up the quest for 'Triage' as long as they reach the level and the skill requirements. The criteria for the 'Triage' search are to save 15 patients without the death of 6 patients, which can be re-attempted if it fails. The Triage Bandage given shall be used to save the patients. Players can learn Artisan First Aid as a reward once the 'Triage' quest is complete. When you heal, prioritize healing in the order of: Critically Injured, Badly Injured, Injured and then the most recent spawn. Enable the ‘Show NPC Names’ in the Interface Options and press Ctrl+V to show the NPCs’ health bars. Also, position yourself in the middle of the room so that all the patients are within range, and zoom your camera out. Put the Triage Bandage item on an easily accessible bar. 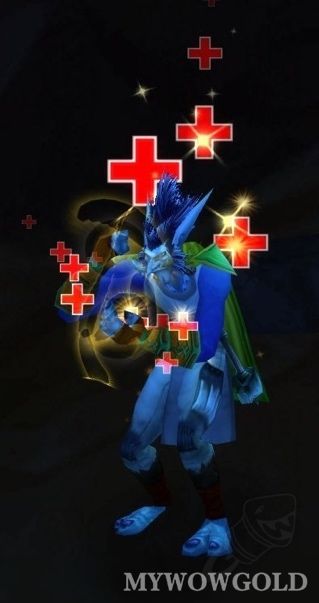 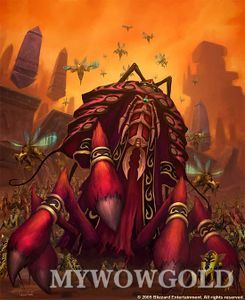 That wraps up our First Aid Guide for WoW Classic, best of luck!