WoW Classic pets, otherwise known as hunter pets, are an exciting feature of the game which allows you to take responsibility for a specific creature. In return, these pets assist you in areas such as PvE and PvP. Let’s get into the specifics of Wow Classic pets.

For starters, there are many different types of pet families, looks, and effectiveness that have various abilities and strengths in different circumstances, such as damaging reducing tortoises. However, handling such pets can be a challenge in itself unless you have enough classic wow gold, as pets not only have their own health and cooldowns to keep track of, but do need regular feeding to maintain happiness in order to prevent them from leaving the player.

With a few variations, taming pets in Classic WoW is very close to how it is in Battle for Azeroth. Only the family of Beast pets is tameable, since other pet families have not yet been added. Scaling has not yet been implemented so you are only permitted to tame a beast that is your level or lower. You can't handle a higher-level Beast than you are. When taming, the Hunter is vulnerable, thus channelling Tame Pet, losing 100 percent armour. Because of this, abilities like Concussive Shot, Wyvern Sting, Aspect of the Monkey and Freezing Trap are important to your advantage. It might be best to carry a Druid or Mage friend along on stronger beasts to avoid the beast Polymorphed or Hibernated. Only three pets are allowed at once; one active one and two at the stablemaster. However, you can keep one free slot open while you're in the process of taming pets to unlock abilities. This way, you can continue to tam and release pets without having to give up one of your main pets. Starting at level 10 you can also tame Hunter pets. This means you are alone from level 1 to 10!

There are 6 types of foods you can feed to your pets: bread, cheese, fish, fruit, fungus, meat. Every family of pets consumes only such foods. Some pets can only consume meat, like wolves, but bears and boars will consume all of the six forms of food. So, keep that in mind when you're trying to tame any pets. 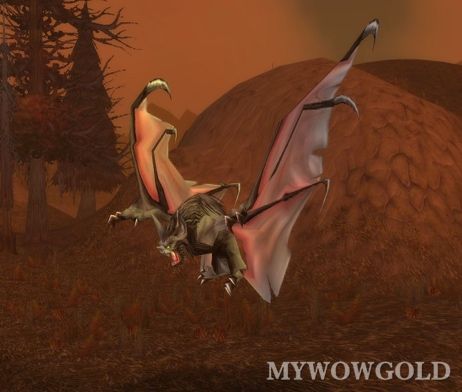 Hunter pets are classified in Classic WoW into 3 different categories. There are no Exotic Hunter pets, as Beast Mastery Hunters do in BFA. Defensive pets are usually more stable or fortified and can withstand more attacks. In general, it will have a slower speed of attack and will do slightly less damage. Usually defence pets are of no use except for boars that can be used in PvP. Offensive pets normally do more damage than other pets but have less health or armour generally. In general, offence pets should also have a higher attack pace and create more threat. A good preference for content in the open world, or even PvP. General pets are fairly robust and do moderate harm. Both at tankiness and DPS, they are good but not outstanding in either. Common pets like Wolves usually are better suited for raiding. Bear in mind that these are general inclinations, not strict rules. If you spec it for that, an owl can tank quite well-it's just that it can never take quite as much damage as a defensive bear. The difference between different pet groups is less than 5 percent, so the most important thing is to find one that fits your style of play and it's easy for you to feed.

In Classic WoW, each family's pets have a few stat modifiers which make up their power level. But it's also important to remember the other stats a pet has, as well as abilities. For example, the cat has 0.98 HP, while the owl has 1.00 HP, which means that cats have-2 percent HP, while owls have a normal amount that allows owls to be healed less so that you can conserve more mana. Owls do have the ability to screech that has no cooldown and is AoE meaning any melee mobs you battle can do less damage, bringing only a little bit more tankiness to the owl than the cat that has a special Prowl ability to make it go stealthy. Keeping that in mind, for the situation the highest stats will not necessarily equal the best pet. It's the same for tanking pets. Some might have higher levels of health and armour but may lack a cool down or ability that would be useful in certain cases. The Bear family, for instance, has more health, but a little less armour, and does more damage plus has an extra potential to damage compared to the Turtle family. Yet Bears lacks any unique skill in contrast with Turtles that have Shell Shield, a timer that could theoretically save you in a desperate situation. And while overall a Bear would be better for general use a Turtle might make it much easier to beat other mobs like rare or elite.

Some pets do have different speeds of attack. Different speeds of attack mean that some pets will have slower swings of attack and some pets will have faster swings of attack. Usually, the slower attacking pets will deal more damage per swing while faster attacking pets will deal less damage per swing. The damage remains the same for the most part but this matters more in Classic. Spell Push Back means that it will slightly delay any melee attack that hits anyone casting a spell. Pets like Broken Tooth are underestimated because of their rapid attack speed. Threat generation, as tanker pets with slower speed of attack frequently hit harder, creating more hazard per strike. Tank pets, however, frequently have a hard time sustaining threat because of their slow speed of attack. Usage of a pet with higher attack speed is recommended. Quick attacking pets and offence-oriented pets build greater overall danger and are better able to sustain it.

In Classic WoW, pets just as you do have an experience bar. Animals gain experience by battling next to you. They do not benefit from the training or the rewards of questing. When the pet hits the same level as the Hunter, they avoid gaining experience until the Hunter does level up, ensuring your pets will still be lagging a little behind. Some pets already know a skill or two while you're taming them, but most pets need to be taught to learn more skills. To teach skills to your pet you have to learn it yourself first.

That wraps up our pet guide for WoW Classic, good luck! Check out our Classic News page for more guide.