Welcome to our guide for Enchanting in WoW Classic! Enchanting is a primary profession that allows players to add permanent buffs to weapons and equipment, as well as the ability to make Wands, consumables and reagents used by some other professions. Enchanters also have access to the Disenchant spell, which allows you to destroy objects for materials used for Enchant objects or sold on the Auction House. Enchanting can be efficient and very useful for both PvE and PvP situations because it is used extensively.

This guide will cover the enchanting aspects such as recommended second primary professions and classes, how to enchant and acquire enchanting recipes and objects, how to use enchanting rods, trainer locations, and a suggested route to take your Enchanting Skill Points to level 300.

Before we jump into it, you should know that wow gold collectors also learn the Disenchant ability while practising Enchanting. This will allow players to kill and turn Uncommon, Rare, and Epic quality objects into enchantment materials such as Dream Dust, Greater Eternal Essence, and Small Radiant Shard. Things that cannot be equipped cannot be disenchanted, except for bags (because they are equipped). To enchant an object, the Enchanter is required to have a rod in its inventory. You will need various rods as you level up your skill, all of which can be made from your Enchanting Spell book. Rods are further clarified within this guide.

Enchanting is a primary profession, and in Classic WoW you can have only two primary professions active at once. Enchanting combines well with Tailoring, Leatherworking or Blacksmithing, as these professions produce equipment that can be disenchanted. Tailoring is normally combined with Enchanting because you can loot the fabric you need for tailored pieces without having to learn a trade of collecting (such as skinning for leatherwork). Then these tailored pieces can be Disenchanted into dust.

Enchanting is important to craft the Smoking Heart of the Mountain Trinket for druids interested in Tanking, but it can be dropped after crafting. Cloth-wearers (Mage, Priest, Warlock) need wands to level from 1-60, and Enchanting is a source of two easy-to-get wands: Lesser Magic Wand and Greater Magic Wand. Tailoring goes well with Enchanting, as discussed in the section above, and cloth-wearers will outfit and profit from designed tailoring gears. Enchants can also produce Wizard Oils which casters can use as consumables.

Using the Trade Gui you can enchant your own equipment, as well as other faction matches. Open a trade and have your player position their item at the bottom of the window in the "will not be traded" section. In the Profession UI select the desired enchant and then click on the object. Enchanters will order tips to provide players with unique enchantments, so if you have a special recipe you may want to advertise in Trade.

Apprentice and Journeyman Enchanting Trainers are based in major cities; if you don't know where to find them, ask for help from a city guard and they'll put a golden red flag on your map.

The Expert Enchanters are found outside of big cities in more remote locations. With 125 Enchanting Ability you can learn Expert Enchanting at the stage 20. Kitta Firewind (A) is located at the top level of the tower at the Tower of Azora in Elwynn Forest (64.8, 70.6). Hgarth (H) is located at Sun Rock Retreat in Stonetalon Mountains, northeast along a secret route (49.2, 57.2).

Master Enchanter Annora is situated between Map Chamber and Temple Hall, in the Uldaman dungeon. She spawns only after you clear the surrounding scorpion trash (about 10 non-elite mobs’ level 35/36). With 200 Enchanting skill, you can learn Artisan Enchanting from her to level 35. As travelling to Uldaman can be a low-level pain, you may want to come prepared with enough reagents to ability up to 250, at which point you can learn her top Enchanting Gloves recipes-Minor Haste, Enchanted Leather, and Enchanted Thorium so you never have to come back.

All Enchanting Reagents must come from the ability to use Disenchant. Generally, the reagents extracted from damaged objects depend on the level of the item. Below you'll find all the reagents you can get that can be used to craft things and add enchantments to items. 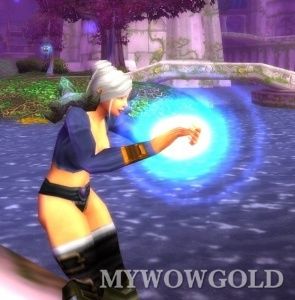 Disenchant can permanently destroy an object, rendering it enchanting materials— dusts, fragments, essences, crystals. Your disenchanted gear level correlates directly with how strong the reagents are going to be. Disenchanting the top gear in Classic WoW will yield reagents needed for high-end Enchanting Recipes, as covered in our section on Reagents. Use the Disenchant ability found on any uncommon, rare, or epic gear in your spell book to deceive an object. If you accidentally start disenchanting an object, move or hit Escape to cancel the cast.

The following Enchanting formula is used in PvE and PvP content level 60 endgame, whether it is used to improve DPS, survivability, or resistance. We do have a full list of vendor recipes for finalists in the Vendors Guide's Classic Enchanting Recipes. Remember that more recipes from sources such as the Zandalari Tribe reputation and Ahn'Qiraj bosses will be added to later patches.

And with that, we conclude our Enchanting Guide for WoW Classic. Don’t forget that having cheap wow gold classic is usually easier in our website. See you in another guide!