WoW Classic: Things We Know About A Series of Planned Phases Sep-22-2019 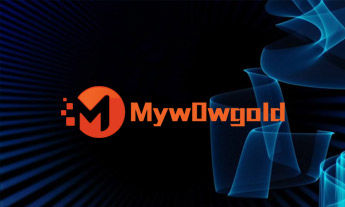 The WOW classic has been around for a month, which means that most hardcore gamers are already craving for the next challenge. After winning the world number one in level 60 and completing the Raid content currently available in the game, some guilds have begun to guess when the next wave of content will arrive.


Most fans may know that WOW Classic is being launched in a series of stages as planned. The first phase was officially launched, and the second phase was designed to provide the basis for Classic Battlegrounds and the next batch of endgame content. Although some players are already anxiously awaiting this content, the vast majority of players are still slowly completing many areas and missions of the game through buy gold classic WOW as they reach the highest level at a more reasonable speed.

From the beginning, it sounds like WOW official plans to set the release schedule of the classic stage of WOW to the speed of the average player in the game. Obviously, developers don't want the most stubborn players to be bored in the final game, but need to maintain a certain balance. Ordinary players should not feel that Molten Core is meaningless when they reach the age of 60. That's certainly not the original vanilla experience, so this time it shouldn't.

In a recent discussion, Ion had the following observations on the duration of each phase and how the release schedule worked:

"Try to keep it a bit flexible. If you were to ask me to ballpark a random number, I’d say for the first couple: probably around a couple of months. Part of it is that we don’t want people to feel ridiculously pressured to powerlevel if they want to participate in the next steps. But it’s something where we don’t want to lay out a rigid schedule ahead of time because we want to remain flexible looking at how the community is advancing. If people are still working their way through Blackwing Lair and Zul’Gurub and only a handful of guilds feel like they’ve defeated Nefarion, and even then they still have tons and tons of gear that they want we don’t want to rush Ahn’Qiraj out and kind of undercut that experience if most players aren’t ready for it. So I think I would say Phase 1 to 2 would probably be one of the faster progressions because we would want to get Dire Maul out there, the beginnings of the PvP system, a couple of world bosses. And then beyond that it’s just going to be watching how players are dealing with the content."

As for the subsequent stages, it seems that the interval between each stage may be longer so that players can browse new content at a reasonable speed. The third phase will arrive in the summer of 2020, which seems to be a good choice, although most hardcore players will definitely find it too far away. Keep in mind that developers are paying more attention to the average progress, and the World First Guild will not determine progress for these releases.

Currently, all of this is mainly based on Ion's sharing speculation, so be sure to pay attention to the game's growth and aging to get more official announcements and dates. The initial outbreak of active players is very exciting, so we look forward to seeing how long WOW can make the community fascinated.

Be sure to check back for more WOW Classic strategy guides and cheap WOW classic gold on our website.