Night elves are one of the races in WoW Classic, and they are known for their thirst for magic and power. They a part of an ancient empire that has been tagged as corrupt, but at the same time quite flourishing. The night elves empire has played a huge role in drawing the attention of burning legions while leading them to war against The Sundering and The Ancients.

This war resulted in an enormous explosion that ripped the world aside. The new generation of night elves has changed by avoiding the use of arcane magic, and by learning to live in harmony in the current civilization that they’ve built. They had no role in the war and lived peacefully in Kalimdor for thousands of years, but when the world tree and their immortality was sacrificed, they had to take charge of the Burning Legion.

The Night Elf class consists of women who are warriors and men who are druids. The sentinels who can be seen guarding the major night elf cities are warrior who fights with glaives/bows at a specific range. The priestesses, also known as Sisters of Elune, are the ones devoted to the goddess Elune.

Finally, some druids protect nature and spend most of their time in the Emerald Dream. The night elves have always had good relations with dragon flights and wild gods, one of which blessed the ancient elves, thanking them for their service towards nature. Later on, the dragon flights had also blessed them and provided them with a gift by planting the first world tree called Nordrassil.

Night Elves have the following benefits:

They can use the spell ‘Nature Resistance’ to increase +10 of their nature resistances. Wisp Spirit to turn into a wisp when they die, and at the same time increasing their speed movement by 50%. The 'quickness' gives them a 1% increased chance to dodge an attack. They can also cast Shadow Meld, which allows them to hide in the shadows while reducing the chances for an enemy to detect them. It will only be deactivated upon moving or until it is cancelled on your own. The night elf class rogues and druids are much more difficult to detect if you’re in stealth mode or prowling.

Druid, which includes tanks, healers, hybrid melee DPS and hybrid ranged DPS. This class is only available to the alliance fraction. Priests, which includes healers and hybrid ranged DPS. At the same time, priests have two Racial; Star Shards, which rains star shards upon enemy targets, causing 936 damage in 6 seconds, and Elune’s Grace, which reduces ranged damage intake by 95 and increases a chance to dodge enemy’s attack by 10% for 15 seconds. Hunter includes ranged DPS, Rogue includes melee DPS and Warrior includes tanks and melee DPS. Aside from all this, night elves are the only alliance race in-game that can roll druids. 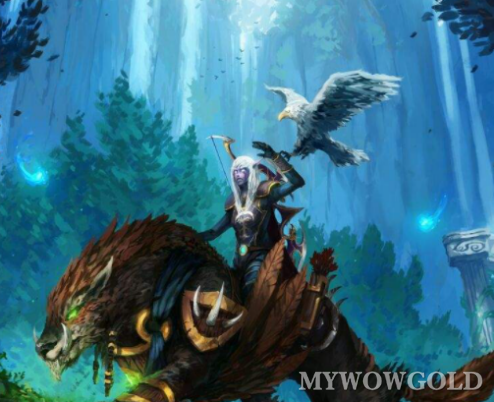 If you choose and begin your journey as a night elf, you will start in Teldrassil. Here you will learn about the recent changes that had occurred and the threat of emerald nightmare bestowed upon the city. The other zones that support and focus on the night elf classes are; Darkshore, Ashenvale, Feralas, Hyjal, Felwood and Desolace. The capital city of night elves is Darnassus, which can be found in the branches of the world tree.

The leaders of this fraction are Malfurion Stormrage and Tyrande Whisperwind. Malfurion being the first druid to have formed the cenarion circle, which was an order devoted to him to protect the tradition and the beauty of nature. Tyrande is a high priestess of Elune, who served as the only leader at the time of the long vigil, as Malfurion was sleeping in the emerald dream. 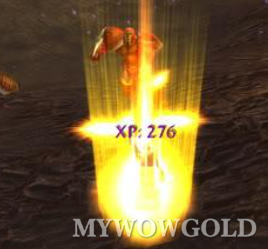 There are three ways a night elf can level up; questing, dungeons and grinding. Questing is the most basic one, where you go through different zones in-game and complete various quests. Dungeons are said to be more efficient than questing when it comes to levelling up. However, it requires a group because going in solo can be risky, as well as boring. The plus point here is not only the experience gained but also the drops that can be obtained by killing the dungeon NPCs. Grinding is also an option that is commonly used by players, where you can simply choose a zone at random and keep killing mobs as they respawn upon death.