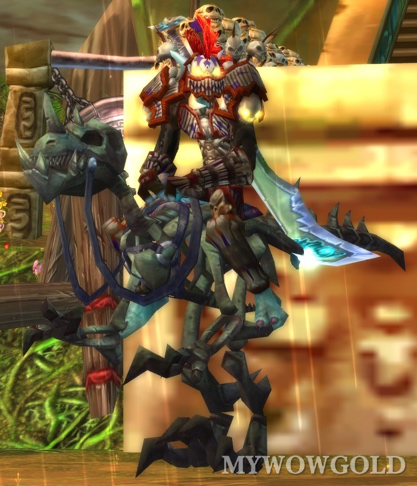 Bloodlord Mandokir is a formidable boss in World of Warcraft Classic. As you are probably aware, he’s located within the Zul'Gurub raids - a level 60 raid which recommends 20 players to compete in it. Of course, you are well rewarded for your efforts, with the chance to get epic gear, and some stuff that’s best-in-slot, compared to anything else you’ll find in the game.

It only makes sense that you do your research on each boss before fighting them. Engaging in a raid which you are not prepared for is how you get easily defeated. Further, you do not want to annoy your raid mates/buddies by asking them for every piece of information, doing your research shows you are looking to contribute towards your team.

In this guide, we’ll explore this boss completely. From his attack abilities to his rewards. It’s important to note though, this boss is optional for the raid. However, if your raid party chooses to do this boss, you’re left with no option but to also participate in the fight. Generally speaking, a raid team will do every optional boss that can provide a good amount of experience and loot. Only a party filled with complete newbies will skip every optional boss, optional bosses can be worth defeating, on a case-by-case basis. So, reading up on this boss, being aware of at least how to defeat it, is incredibly important.

This boss is located where you climb a small hill behind Venoxis’ Room and can go left or right. Going left allows you to fight this boss, otherwise, go right and continue with the raid.

Facing this boss can be difficult. Understand that if you die, he will level up - after precisely 3 deaths, Mandokir grows in strength. This means you need to know what you’re doing before you engage. Too many deaths? Then the boss is powerful beyond measure: defeating him becomes literally impossible.

Mages will be able to use the Amplify Magic ability to increase their healing abilities. Amplify magic can be a bad thing if there are magic attacks from the boss, but this particular boss has no magical attack, so there’s nothing to worry about.

If you are a Hunter, and ever charged at by this boss, you can consider using the Feign Death ability. Also note that the charge is often directed at those who are at the greatest distance away from the boss: by knowing this, you can set a trap for the boss. This makes the boss ignore you, and allows the tanks to attack the boss again and soak up the damage, rather than you (a DPS role).

The most important ability to watch out for is Threatening Gaze. If you are inflicted with this, you should do nothing - not use your mouse, not use your keyboard. If you do continue attacking and moving about, you will basically be charged at and die immediately. As previously mentioned, this empowers the boss. Trackers from healers and DPS should be on the alert for threatening gaze, but tanks also need to be aware of this ability.

To avoid Threatening Gaze, you need to pay attention to what the Bloodlord says. He will say, with a player’s name placed in the start, “I’m watching you!” Dealing with this ability is really easy, and it’s harmless but annoying and a bit disruptive.  However, if you aren’t aware of how to deal with this ability, then you’re toast and will die, empowering the boss. It’s simply a matter of knowing how to respond.

Once you approach this boss, you’ll see he has an incredibly fast raptor which he dismounts from. 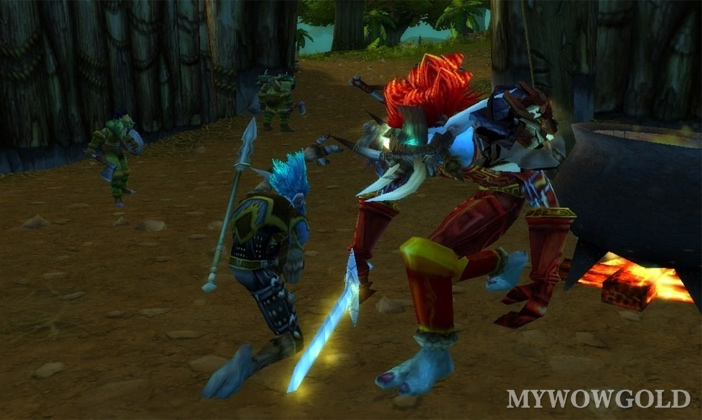 Focusing on the Raptor is difficult. The raptor will continuously debuff your armour, and this effect piles on itself, so you must rotate tanks. Without 3 tanks, you are hopeless in this raid, so make sure you don’t engage until you’re fully prepared. If you choose to kill the Raptor first, you can defeat the Bloodlord quicker, but whilst the enrage ability is active: you threaten the boss. If you’re absolutely confident in your raid team, and their gear, you can kill the raptor first and then the boss for a speedier raid. Whatever you choose, you’ve got to decide with your party, don’t have half your team randomly trying to kill the raptor whilst the other half tries to kill the Bloodlord. That’s the recipe for disaster!

To effectively do this strategy, two offtanks will pull the raptor away from the raid/Bloodlord, while the DPS focuses on the Bloodlord. The healers and tanks will rotate where needed.  Melee should be in front and Ranged should be well behind. Hopefully, you have a Hunter that can use Feign death, all the way at the back, to evade the Bloodlord’s charge ability.

An important consideration is the rewards. After all, this boss is optional. There’s no point putting time into defeating Bloodlord Mandokir unless you receive the rewards that you strive after!

Are you looking for an epic mount that is incredibly rare? You can get a Swift Razzashi Raptor from this boss. You’re also guaranteed a Primal Hakkari Idol drop, which is an incredibly powerful level 58 enchantment.

Overall, we would definitely recommend pursuing this boss. This boss can be easily defeated if you’re well-coordinated. You must remember which strategy you’re going to use, and to be idle if the boss uses Threatening Gaze against you specifically. Best of luck in your WoW Classic Raiding, you’re bound to have plenty of fun in Zul'Gurub! By the way, buy cheap wow classic gold from us now, safe & fast.