A huge 20-player dungeon, the Ruins of Ahn’Qiraj and a 40-player raid instance, the Temple of Ahn’Quiraj. The raid introduces a new fraction to this world knows as the Brood of Nozdormu. It is led by Anachronos that is located in the Caverns of time and has many Brood’s agents flying around the Silithus, battling the forces.

To open these gates and access the ruins and the temple, players are obliged to complete a long quest line to obtain The Sceptre of the Shifting Sands that is given by the Anachronos. For those who wish to unlock the secrets and rewards of Ahn’Quiraj, the gates need to be opened and the player needs to achieve an important goal called the Brood reputation.

One of the best rewards a player can get from the Brood of Nozdormu is a series of rings, and to open the gates, one must complete the following quests.

· The Path of the Conqueror - Agility DPS

· The Path of the Invoker - Caster DPS and Healers

· The Path of the Protector - Strength Melee and Tanks

When you’ve reached Neutral with the Brood of Nozdormu, the following quests are unlocked and accessible. Every time you move up a reputation rank, you may receive a free upgrade through another quest from Anachronos. It is utmost important that you’re careful when you choose the questline, as it should be according to your type. If you choose the wrong one, it cannot be reverted until you’ve reached Exalted with Brood of Nozdormu.

The following items are available, once you’ve opened the Gates of Ahn’Quiraj. These rings are the same but with different requirements and higher stats as you move up in your ranks. 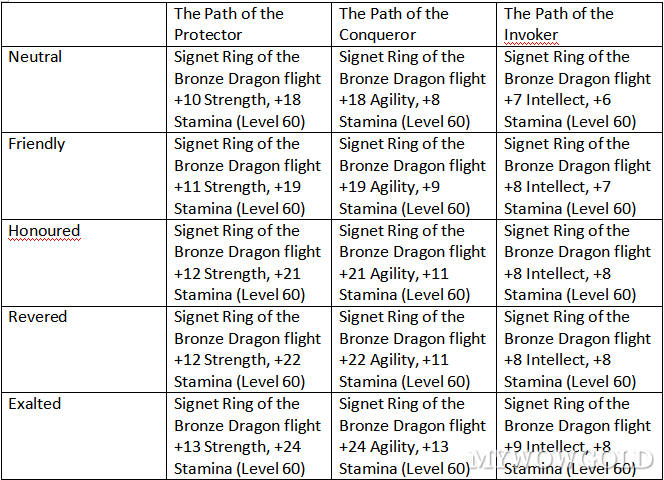 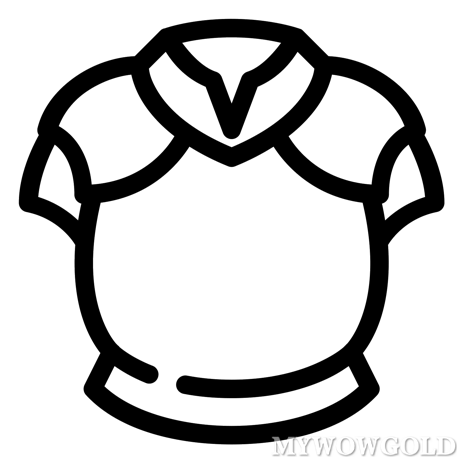 Hunter – Stricker’s Garb (3 pieces, reduces the cost of Arcane Shots by 10%. 5 pieces: Reduces the cooldown of Rapid Fire by 2 minutes).

Mage – Enigma Vestments (3 pieces: Blizzard has a 30% chance to be uninterruptible. 5 pieces: Grants +5% increased spell hit chance for 20 seconds when one of your spells is resisted).

Shaman – Storm Caller’s Garb (3 pieces: Lightning Bolt, Chain Lightning and Shock have a 20% chance to grant up to 50 Nature damage to spells for 8 sec. 5 pieces: Reduces the casting time of Chain Heal by 0.4 seconds).

Warrior – Conqueror’s Battle Gear (3 pieces: Decreases the rage cost of all shouts by 35%. 5 pieces: Increase the Slow effect and damage of Thunder Clap by 50%).

Opening of the Gates

Before the gates are opened, It is best if you earn reputation with the Brood of Nozdormu through the questline for the Sceptre of the Shifting Sands. You can start with the quests What Tomorrow Brings and Baristolth of the Shifting Sands in the Cenarion hold. The reason for the quest being long is that it includes several trips into raids that consist of 40 players and requires the guilds cooperation to complete. Once the quest is completed, you will notice that you are hated (0/36000) with the Brood of Nozdormu and you should then start your journey in digging yourself out to rise higher. 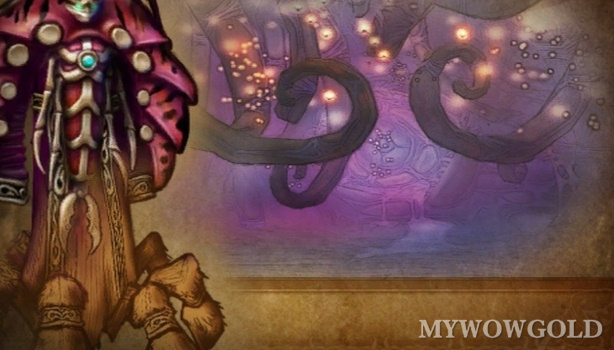 Once the first sceptre-bearer bangs the gong, a message is shown server-wide and then the war begins! The person who first completes it is reward with the Black Qiraji Resonating Crystal and an unofficial title ‘Scarab Lord’. During this war, several elite Ahn’Quiraj monsters appear out, and killing each of them will provide you with 500 reputations.

Blood of Nozdormu reputation is earned by clearing the Ruins of Ahn’Quiraj, but the thing is that the reputation that you’ll be farming with occur within AQ40. The monsters that are present there will give you 100 reputation per kill, it is advised that you kill them until you reach Neutral (2999/3000) because after that only the twin emperors and C’Thun awards reputation through Exalted. 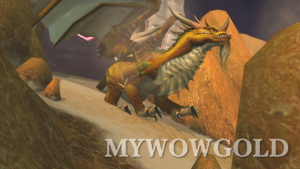 The mods that are present within AQ40, drop Ancient Quiraj Artifacts which can be turned in for 1000 reputation, but it has a low drop rate. Whereas, the bosses drop Quiraji Lord’s Insignia, which can be turned into Kandrostrasz once you’ve defeated The Prophet Skeram. They yield around 500 reputations with Brood of Nozdormu and 100 with Cenarion Circle. It is advised that you save them all (Quiraji Lord’s Insignia and Ancient Quiraji Artifact) and then turn them in all together once you’ve Neutral (2999/3000) and you can no longer kill the NPCs present within AQ40.