A lush jungle in the southern Kalimdor, which is isolated from the source as it shares borders with the deserts of Feralas and Silithus. Many challenges await players here as they explore, even though its border make the area look rather isolated. This zone has creatures like dinosaurs, exotic plants, elementals, oozes, gorillas, and pop culture references. Which is quite a great location for farming gold. It is also recommended that you have a level of 48-55 before you access this area. 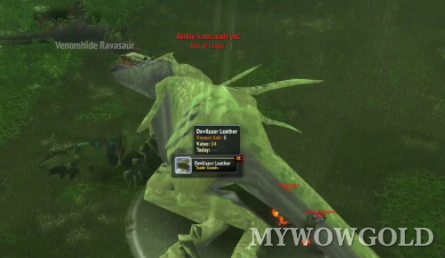 Many players gold farm here by collecting  Devilsaur Leather. It’s better if you have the ability Skinning while farming these, to get better profit. Although the Devilsaurs have a small chance in dropping Devilsaur Leather, getting as much as possible will increase your gold hour.

Devilsaur Leather is dropped by the following NPCs

The formula to skin one is:

For example, if you find a level 54 Devilsaur, you’ll need at least a skill of 270 to skin it. The reason why this leather is so much in demand is because for its part in crafting items like  Devilsaur Gantlets and  Devilsaur Leggings. Both of these items are pre-raid best in slot for Rogue, Hunter and Warrior class.

You can see their location pinned in the picture below, 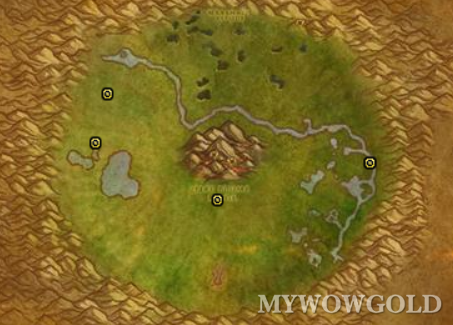 Un’Goro being a lush jungle, you will find many types of herbs as you explore the zone. Many of which are in demand to make high level potions and flasks.

·  Blindweed - one of the few zones you'll find this herb

·  Ghost Mushroom - usually in or around caves; Fungal Rock

Around the zone, you’ll eventually run into neutral mobs like Bloodpetal Flayer, Bloodpetal Lasher, Bloodpetal Pest, and Bloodpetal Trapper. They have a good chance to drop a single herb, which is completely at random. They can drop anything from  Silverleaf to  Gromsblood, but what they often do drop is  Un’Goro Soil (you’ll know more about it in the next section) and  Savage Frond.

This soil has a chance to drop from mobs within Un’Goro Crater. It’s associated with a chain of quests that lead to the increase of your reputation through repeated turn-ins with either Darnassus or Thunder Bluff using  Morrowgrain. But in order to do that, you’ll have to complete the quest Un’Goro Soil.

Many miners choose to run the perimeter of Un'Goro Crater as well as around the middle of the map on Fire Plume Ridge to find lots of deposits, including: 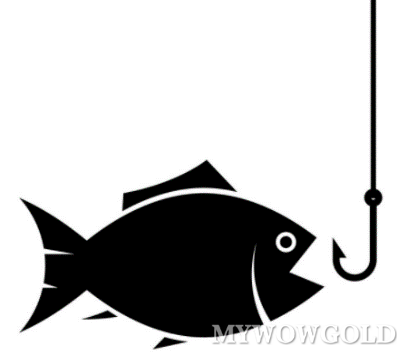 The most profitable fishes you’ll find in Un’Goro Crater are  Oily Blackmouth and  Lightning Eel, which are also used in the quest Craftsman’s Writ – Lightning Eel.

One of the most popular farming areas and the home to the Living Blaze and Scorching Elemental. These fire elementals can drop in high demanded crafting materials. 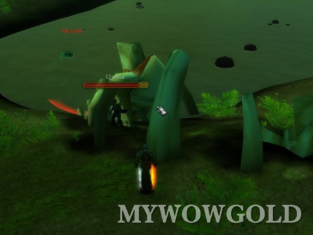 A series of tar pits in the northern part of Un’Goro Crater, north of Fire Plume Ridge. What will you find there?

Players farm these creatures for their rare chance in dropping  Living Essence, which is used in many crafting professionals and sells for a good value at the Auction House.

In Un’Goro Crater, you’ll find different kinds of Power Crystals scattered around the zone. These crystals can be looted by any class and needs no professions to do so. You can use these crystals to create a particular item buffs that can boost your end game efficiency at either Northern, Western or Eastern Pylon. These crystals can also be sold at the Auction House, as they are also quest objectives for several quests. 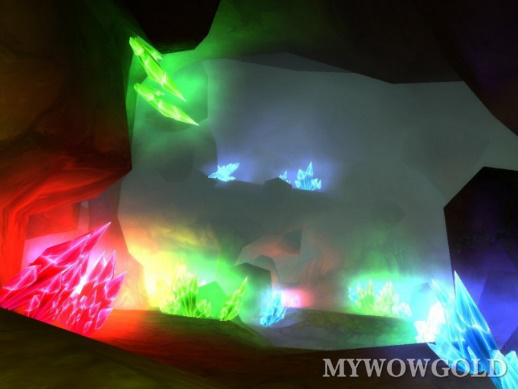 Note: You can begin collecting them at any point, but there is a pre-requisite quest to complete before you can begin freely handing them in at the Pylons. Start by speaking to J.D. Collie inside a cave behind Marshall's Refuge.

Pick up her quest, Crystals of Power, asking you to Collect 7 Power Crystals of each colour: red, blue, yellow and green. After collecting the crystals and returning to J.D. Collie, she will give you a follow up quest to discover the 3 Pylons in Un'Goro Crater:

What are the locations for the Pylons? 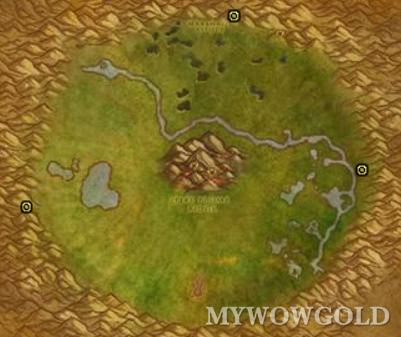 Head back to J.D. Collie to turn in the quests. She'll give you  Crystal Pylon User's Manual, and now you'll freely be able to redeem crystals in at the Pylons for some buffs. 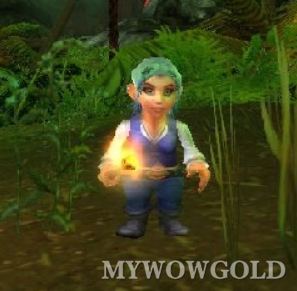 - Crystal Restore - weak HoT, use in conjunction with other health pots / needed for ‘Fragments of the Past’ quest

And with that, we can conclude our guide. Best of luck! By the way, buy cheapest wow classic gold from us now, get more!