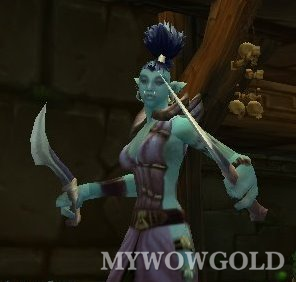 High Priestess Arlokk is a formidable foe within the Zul’Gurub raids. It’s usually the sixth boss you’re going to go up against, and it isn’t the easiest by any stretch of the imagination, having multiple forms it switches between.

This guide will explore how you can easily defeat this boss without too much difficulty in World of Warcraft Classic specifically.

Unlike some of the bosses you may find in Zul’Gurub, High Priestess Arlokk cannot be skipped. You have to defeat it to progress the raid, it’s not some optional boss done for extra loot for your guild or anything like that. As such, knowing the strategies is required, as it’s a boss each and every raiding party will have to face - unless they completely fail before reaching this point!

Zul’Gurub is a level 55-60 recommended range raid, so by this point, you’re probably very accustomed to raiding and have some tenure. As such, without further ado, we can proceed to discuss the strategy of defeating this boss in the most simple, straightforward way possible.

Remember to defeat this boss before Hakkar, as otherwise, you will empower the boss with Aspect of Arlokk. Arlokk will only be spawned once you hit the gong in the room.

The strategy behind defeating this boss can seem complex. But, once you comprehend it and put it into practice, you’ll find it all relatively easy.

The first thing we’ll go through is the abilities of the boss:

· Gouge, does a random amount of damage towards you, and stuns you for up to three seconds. However, this attack can only be done if you are facing the boss.

· Mark of Arlokk - as you can tell, this ability is custom made for this boss. This will cause the panthers to attack the targeted player.

· Whirlwind: a whirlwind of steel, lasting merely two seconds. Any regular attack is amplified by 954.

· Ravage: the regular attack is amplified by 500 damage, and you’re also stunned for two seconds.

The fight will begin with Arlokk in her troll form. She alternates between having the troll form and the panther form.  Any panthers summoned by the Mark of Arlokk should be handled by the off-tanks. If you are able to, you must mitigate the damage of typical mobs, using abilities such as Demoralizing Shout.

When the special ability Mark of Arlokk isn’t called, the level 60 panthers are in stealth mode and are enclosed in fences. You shouldn’t aim to kill them, because if you do, they just respawn infinitely. Do not go near their pens, as you will cause many of them to unstealth and attack you. This is not preferable for any class, whilst some of the panthers are unavoidable, this is what the off-tanks are for. The DPS should be focused on Arlokk mainly, as this can quickly end the whole fight.

Off-tanks should always be on the panthers. The troll form can be difficult to deal with. Particularly due to the Gouge ability, you should be extremely cautious. If this immensely damaging ability is called, then you need to rotate tanks. An off-tank should taunt Arlokk, as otherwise, your main tank will be in grave danger.

Anyone targeted by the panthers must have the healers readily available to be on them. This ability will only be called when Arlokk is in stealth mode. Upon reappearing, she will cast whirlwind, so melee DPS should hold back until that effect disappears.

Roughly a minute or two after the troll form, Arlokk will transition into the panther form. You’ll notice that as the boss briefly goes invisible. In this form, be cautious of Arlokk going into stealth mode: this means she is going to use Mark of Arlokk. Healers should be prepared for every instance of this.

Once she goes out of stealth, she always uses the whirlwind ability. This will deal damage to anyone within range, so melee DPS & healers need to avoid being near Arlokk for a few seconds, or otherwise will likely die.

Now you’ve seen both forms. You will now be subject to a rinse and repeat essentially, alternating forms, but the forms will change very quickly (compared to before). If your DPS is any good, the boss should be easily defeated at this point. Regarding the DPS specifically, these classes/roles should only attack the panthers whilst Arlokk is in the vanished state, not at any other time. As previously stated, the off-tanks need to control the panthers, other classes must avoid the pens, and you can use abilities such as demoralizing shout and stoneskin totem.

The two main abilities you must be concerned regarding are Whirlwind and Gouge. The panthers are mainly distractions, particularly when they are in stealth forms. A common mistake is to continuously focus on them, but the issue is they have infinite respawns. As such, you must try to take down the boss as quickly as you possibly can. Without at least two tanks, you will not be able to defeat Arlokk due to the Mark of Arlokk ability. The tanks and healers must prioritise helping anyone inflicted with that specific ability attack.

If you’ve made it this far overall in the raid, you should be perfectly fine, now that you understand the core concepts.

One awesome piece of gear you can exclusively gain from Arlokk is the Will of Arlokk. As you can tell by the name, you really can’t get this item anywhere. It’s a two-handed rare staff, that deals damage ranging from 129-204. It has a speed of 3, level 65, with a DPS of 55. You also gain nice stat modifiers of 15 stamina, 19 intellect, and 35 spirit. Each healing spell and effect will also receive a varying increase modifier of up to 46: any consecutive spells will greatly benefit from this. As such, it’s the perfect item for anyone who’s playing the role of healer in any future raid. The chance of receiving this item is around 10% and it does uniquely bind to you.

Thank you for your time. Buy great cheap wow gold classic from us, so safe & easy & 24/7 online. Enjoy.