World of Warcraft Classic consists of different classes and race, along with a few combo classes that were added at a later period, like the Night Elf Mage and Gnome Hunter. Similarly, factions have their unique classes such as Shamans for Hordes and Paladins for Alliances, and once you’ve chosen a class or race, you cannot undo it. So, analysing and planning before choosing a class based on their statistics is essential, as it’s a matter of what suits you the best. 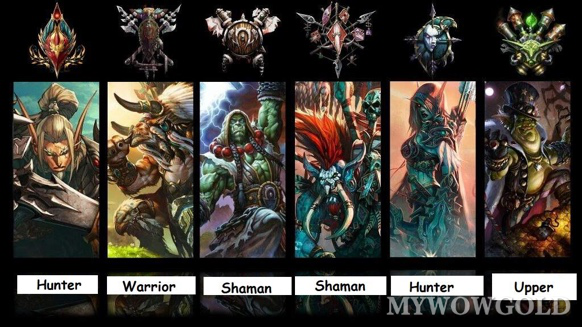 Shamans have the options of choosing Trolls for healing purposes and Ranged DPS to increase their Melee attack speed, or Orcs, because of their cooldown in the skill Blood Fury. Warlocks have the options of Orcs and Forsaken, which are known for their strong PVP racial, and skills like Command. The Warrior race, however, is different from the others and have a lot of option available to them. They can choose to become Orcs, who are powerful DPS warriors due to their skill Blood Fury and Axe Specialization, Taurens, as they can cast strong AOE stun on mobs using War Stomp, Trolls, because of their synergy in the skills Berserking and Heroic Strike, which is best for tanking, or Undead, which are known to be best for PVP purposes due to the skill Will of the Forsaken. 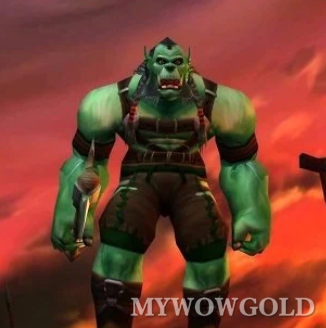 In the olden times, Orcs were used by the Burning Legion to conquer Azeroth, and this happened because they got affected by Mannoroth the Destructor’s Daemonic Blood, which drove them crazy. So, they turned over against the Denizens and Draenei of Azeroth. However, the attempt to conquer Azeroth didn’t go as planned, and after they lost the second war, they were cut off from the other factions for taking Mannoroth’s side. The orcs now reside in Draenor, under the influence of new leadership, and have settled there for good.

The orcs are all about honour and strength, they tend to fight back against any demon who tries to corrupt them, as they’re careful not to trust anyone again. They have a long history related to survival, and they now seek lands of Azeroth of conquer. This class focuses on magic and physical combat, and are divided among themselves into deep-rooted clans.

Orcs can use Command, which is known to be strong for Warlocks and Hunter during PVP or Solo runs. However, their pets usually die fast when it comes to situations like raids. They have Blood Fury available to them, which is a genuinely strong skill used for melee DPS’s like Warriors, Enhancement Shamans and Rogues. They can also use Axe Specialization to open up various options and builds for DPS gearing, and Hardiness, which is a powerful PVP racial.

Taurens have resided in Kalimdor for a long period, and are a deep-rooted race of shamans. They are bound to serve nature and maintain a balance between the spirits and the land-wildlings. This race is quite peaceful, but when times are tough and enemies attack, they make sure to use their brute strength to crush them. 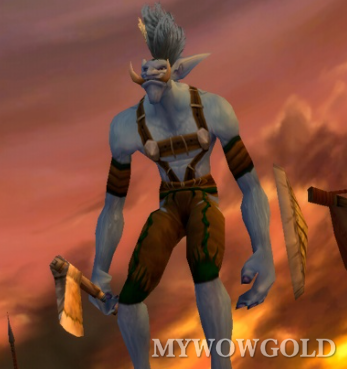 Apart from all the tribes that have scattered across the lands of Azeroth, Dark Spear is the only tribe that has sword their allegiance to the Horde faction. They once used to live in the Broken Isles, but due to Naga and Murlocs, they were driven out. This race was then saved after Thrall led them through the destruction that bestowed upon them, and they have now sworn devotion to the Orcish War-Chief.

The Undead have been sweeping across Azeroth from the earlier days, and have changed many Alliance faction members to their kind. They were under the Lich King’s command, and when his forces started to weaken because of the battle against all the other tribes combined, a small fraction of humans separated themselves from the king. Now, that faction has sworn allegiance to the horde faction, and are known as the Forsaken.

Undead can use the skill Cannibalize to regenerate around 7% of their total health every 2 seconds for a total time of 10 seconds. They also have the skills Shadow Resistance to increase resistance against shadows by 10 points, Underwater Breathing, which allows you to breath underwater 300% longer, and Will of Forsaken, which provides immunity to Sleep, Fear and Charm when they’re active, and lasts for 5 seconds.

They have the following classes available to them; Ranged DPS for Mage, Healer/Hybrid Ranged DPS for Priests, Melee DPS for Rogues, Ranged DPS for Warlocks, and Tanking/Melee DPS for Warriors. The priest class also highlights two skills; Touch of Weakness, which increases the damage of melee attacks by 10.7% and reduces the damage from the attacks by 20 points for 2 minutes. The second skill is Devouring Plague, which infects the attacker with a disease that lasts for 24 seconds and causes 896 damage.