WoW Classic pets are an essential element of the game for any player using the Hunter class. The main draw to the Hunter class is its unique speciality is the ability to own pets. Without doing adequate research, you can quickly find yourself filling your quota with worthless pets. Some pets in the game actually serve no real purpose and are significantly worse compared to others. In this guide, you’ll learn how to differentiate from the worst and best pets.

How does the Pet System work in World of Warcraft Classic?

To begin with, the most important limitation to understand is that you can have a maximum of three pets. However, to gain some abilities for pets, it requires you to tame certain temporary pets. If you maximise and hold three pets, you won’t have any space to carry any others. Freeing a pet for the expense of learning a new ability isn’t good: you will lose that pet’s level that you worked hard to train. It’s important that you only have two pets until you’ve fully trained and learnt all of the abilities for both of them. Regardless of however many pets you have, you can only take one outside the stable with you into the world.

Pets also have their own levelling system. They start off with the level that you tamed them at, using them in combat will allow them to gain experience. They also have their own maintenance needs: happiness and loyalty. To boost those stats up, you need to feed your pets: and they are picky eaters. One important note is that until your character reaches level 10, you do not have the ‘feed pet’ ability whatsoever. This is because, at level 10, you receive two quests that unlock many of the functions relating to pets and serves as a basic walkthrough to the mechanics. So, whilst you can tame beasts before you can feed them, it isn’t wise nor logical. If you’re running low on gold though, the fishing profession can give you free fish that certain pets will happily consume! However, pets will not restore much happiness if you’re feeding them food that’s well-below their current level.

As a player, you have abilities and those abilities come with different ranks. Any given pet can have a maximum of four abilities in-use actively, chosen from all abilities that they have learnt. Many abilities aren’t exclusive to a particular pet. Pets are exactly the same - they will have to learn abilities as they level up. You are limited in regard to what abilities your pet can learn though. You’re capped with the number of training points you can receive via levelling & loyalty. Hence, proper planning is paramount. And as mentioned before, some abilities can only be learnt by taming other pets.

How do I train my pet?

There are two things that you need to always bear in mind: train your pet and feed it. Feeding it is dependent on its current level (it may prefer different food at different levels). If you forget to feed it continuously, don’t be surprised if it runs away! You’ll usually be given pretty little leeway though and will be warned that the pet is acting out.

To train your pet in a skill, you need to have learnt that skill yourself. That means you have to place your pet in the stable and tame another pet. This pet will have the desired skills you want, and once you’ve tamed it, there’s a chance you’ll learn the necessary skill. The point isn’t to keep the pet, you can free it immediately afterwards. As learning the skill is merely RNG, if you fail to receive it, it’s a simple process of rinse and repeat.  Once you’ve learnt all the possible skills, you can go and get your third pet without any worries!

Once you have gained the desired ability, you need to ensure the pet is levelled up. This is done by grinding combat. Once they level up, the pet will receive training points. These training points can then be allocated to whatever ability you’d like. Abilities cost a certain number of Training Points and some will stipulate a certain level before they can be learnt by the pet.

Pet training is certainly a grind though. Learning an ability isn’t as simple as you may think. Abilities come with ranks, if you’ve tamed a Vile Sting, you only learn Claw 5. If you want Claw 8, you need to tame either an Elder Shardtooth or Winterspring Screecher. 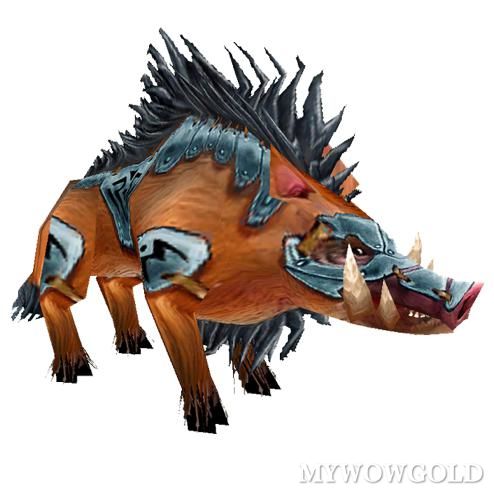 The pet trainer will usually just demand some gold, but restrict you based on level requirements. There’s not much more to it than that. Do not make the mistake of only learning your desired abilities from taming pets. You should aim to learn them all, as if you only focus on what you want, you may change your mind later on. Doing so would result in the sacrifice of the third pet, wasting all the time you spent levelling it.

Which pets are the best?

Strictly speaking, there is no best. It’s a matter of personal preference. You also have the ability to eventually own 3 pets. Certain pets have certain abilities that may work well with your character build, at the same time, that pet may have expensive and extensive feeding requirements. If the pet is only marginally better but requires triple the work to taming it, and food that isn’t easily accessible: perhaps there’s little point in upgrading to it.

A fantastic defensive pet is an owl. With the screech ability, it will lower the melee attack power of everyone in range for a few seconds. Growl is a particularly great ability, as it taunts your opponent: redirecting their attacks to the pet rather than you. Dive will increase your movement speed for 15 seconds: if you’re in a rough situation, this helps you escape.

That concludes the WoW Classic Pets Guide! If you have any questions, feel free to let us know. The best way to find your favourite pets is to look at each ability each pet family offers and decide from there. Try to diversify by having both offensive and defensive pets, allowing you varied gameplay.

If you’ve found yourself trailing behind with WOW Classic, fear not. You can find complete Classic Guide and buy wow classic gold cheap here!