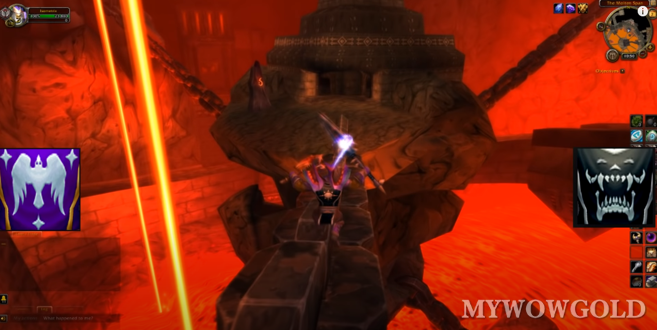 Reputation determines how certain NPCs from factions will react to you. They may, for instance, try to kill you on sight. This is mainly determined by your actions within the game, such as quests. Many quests change your reputation for factions in the game, and it’s up to you to pick which quests you’d like to do, and those you refuse to do.

The biggest basis of reputation is rooted in “Horde vs Alliance”. Many players have multiple characters trying out both. But it’s worth considering that you cannot possibly do all quests or content on one character, as reputation will lock you out of progression in certain lore. As an Alliance member, if you want to do a raid that’s located in the centre of Horde: you’re going to have a real tough time making it past the security. Horde and Alliance members usually diverge pathways for that reason and combine with some neutral content that’s scattered throughout the game. It is possible to get an equal reputation for some factions, but it is difficult. 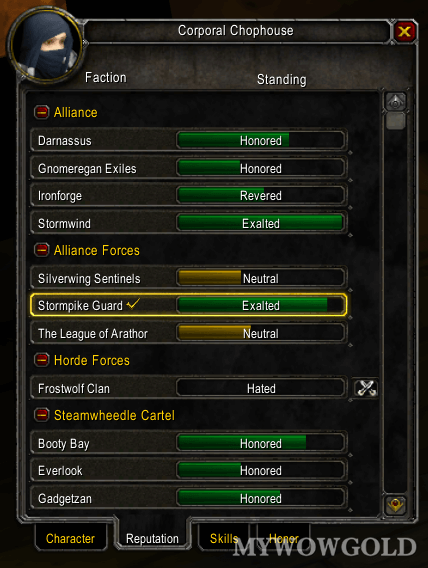 By gaining reputation, you will gain access to unique items from vendors that are locked behind reputation. You also cannot even do some quests without a necessary determined amount of reputation.

You can gain reputation in various ways, and it really depends on what factions you’re targeting. Some factions allow you to gain reputation through repeatable quests, which is actually known as “repeatable reputation quests, RRQs”. Whereas some will force you to grind stuff like capture the flag and win. This can take a lot of time. You must always consider factions on a case-by-case basis and make your decisions relevant to your current character build.

Some factions will allow you to gain reputation by killing mobs. This may include mobs from opposing factions. However, killing mobs who are way underleveled in contrast to yourself isn’t very helpful. If a mob is six levels below you, you lose 20% of the reputation gain. So if you’re level 59, by targeting a level 52 mob, you’re only gaining 80% reputation of what you would have if you were of equal level. The regular number of points awarded is 25 at 100%.. This “six levels” rule goes down to multitudes. If you go for a mob severely underleveled compared to you, expect only to receive 5 points (20%), which is the bare minimum. The same mathematics is applicable to quests, not just mobs.

The best reputation level you can achieve is Exalted. The worst you can receive is Hated. From Hated to Exalted, it will take 36,000 points - which is an awful lot. In terms of mob kills, that’s 1440. As you may now realise, reputation is a core part of end-game content and can get incredibly complex. Not every faction will allow methodology such as mob-kills.

Another factor is known as “spillover”. Some factions are allied with each other, such as Ratchet, Booty Bag, and Everlook. As such, you’d gain a smaller chunk of reputation in Booty Bag and Everlook if you gained reputation in Ratchet. The spillover rate varies between different factions and groups, so there’s no exact formula. Some quests also provide spillover.

One interesting fact is that you can exchange cloth for reputation. This is done by talking to cloth quartermasters. You must commit 60 Wool Cloth, 60 Silk Cloth, and 60 Mageweave for your first donation. After that, your second donation will be 60 Runecloth. Then, you can repeat the process with only 20 Runecloth at once. If you’re Alliance, Stormwind will reward each donation with 650 experience and 150 reputation points.

An example: Brood of Nozdormu Reputation 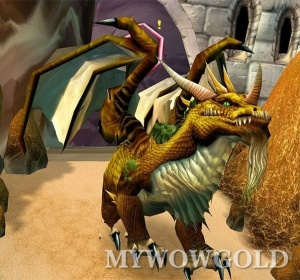 Each faction will have its own process, here’s one example. From this faction, you can gain the Conqueror’s Battlegear. Having 3 pieces will decrease the rage cost of all Warrior shouts by 35%, and all 5 pieces? You dramatically increase the slow effect and damage of Thunderclap by doubling it. This gear set is considered Epic and is very respectable. Some best-in-slot gear can only be obtained through careful reputation management, rather than blindly raiding and looting. It’s also worth exploring what gear is relevant towards your character and your build in particular: choosing which factions to focus on based on those factors is always the best path forward.

With this particular faction, you’ll notice that once you accept What Tomorrow Brings, your reputation instantly drops to 0/36000. As you may now notice very clearly, reputation is very heavily tied to the lore and quests you decide to accept. To regain your reputation, you’ll actually have to boss within AQ40, as constantly defeating Brood of Nozdormu is the most effective way to gain reputation for this particular faction. Even the drops from the bosses within AQ40 can be turned into reputation.

Hopefully, as you now have learned, reputation is an integral part of World of Warcraft Classic. It’s complicated, with each faction having their own relationships, quest-lines, and rewards. However, it is easy to navigate if you look towards the rewards more based on your class/build than anything.

And buy cheap wow gold classic easy from us, 24/7 online and safest, have fun.