Being alliance, mostly groups fly to south shore in the Hillsbrad Foothills, and then travel west along the road until they reach Silverpine forest. Upon reaching the forest, they head north-west to find the Shadowfang keep. For hordes, it is much easier, as they can directly travel to the sepulchre in SIlverpine forest, and then head south-west until they see the keep.

A Worgen-like mob that is located in the courtyard of the keep, wielding the ability called ‘Anti-Magic Shield’ which protects them from all magical spells for 10 seconds. A good strategy to deal with them is to make sure that you have at least one melee class in your group, aside from the tank who could burn down the moonwalkers faster while they’re in their protection phase.

A ghostly humanoid mob who is found on the upper levels of the keep, wielding the ability ‘Screams of the Past’ that silences every player that is within 5 yards of the spell caster for 5 seconds. A good strategy to kill them is to make sure you’re 5 yards away from the guardsman when attacking using long-distance spells.

A level 20 elite Worgen who can be found in the first room upon entering the shadowfang keep. His only ability is ‘Soul Drain’ and because of his low health pool, it’s easier to kill him. The only thing you have to be aware of are the mobs that are surrounding him because to kill one of the two mobs, you’ll have to polymorph or burn him down and then switch to the boss.

The two horses of level 20-21 that can be found in the stables of the courtyard of shadowfang keep. Although they are non-aggressive mobs, they deal an incredibly high amount of damage. A good strategy would be to make sure that you use polymorph on one of them or warlock pet tank while your main tank and DPS deals with the others.

A level 22 elite Wrogen that can be found in the kitchen of the keep. He has the ability ‘Butcher drain’ that is negligible, and there is simply no strategy to kill him. Just remember to clear the surrounding before you pull him in.

A level 24 elite human that can be found in the mess hall of the keep. His ability ‘Veil of Shadow’ can reduce the healing effects of a target by at least 75%, so you’ll have to make sure that your hybrid classes are assisting the healers to heal the tank.

A level 24 elite human who can be found on the second level of the keep. He is assisted by two other mobs, the first one being a haunted savitor who should be burned down as quick as possible, and the second being a wailing guardsman who should be handled by either a hunter or warlock pet. Make sure to attack Springvale only when you’ve defeated the mods that surround him.

A level 24 elite Worgen that can be found after the first set of ramparts in the keep. Odo is also supported by two other mobs (Vile Bat) who have the ability to disarm and cleave an opponent, so it is best that you keep your distance. If you have a mage class, the best strategy would be to polymorph one of the two and then go for the other. Right after the two mobs are dead, you can switch over to the Blindwatcher.

This NPC is located on the Ramparts of the shadowfang keep and has a combat level of 25. He is a rare elite warrior that has to be tanked away from the group as his ability ‘cleave’ can deal a huge amount of damage. Apart from that, it is a simple tank and spank fight.

The devourer is a level 25 elite worg that can be found in the library room of the SFK. Being an easy boss, a simple strategy to kill him is to tank and spank, as his ability is not that harmful.

Nandos is a level 25 elite Worgen found in the penultimate room of the SFK. The room where he’s located in a barn-like room that is circled with four worgs, so make sure that you kill all of them before engaging the boss. During the fight, he can summon worgs periodically, and you’ll have to kill them every time they’re summoned before transitioning back to the boss. 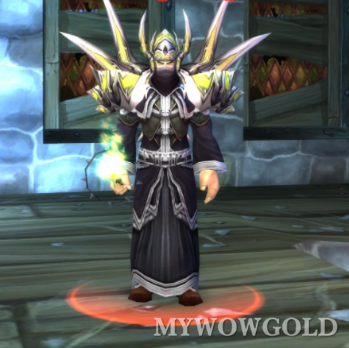 A level 26 elite mage that is located in the final room of the shadowfang keep. He is the last boss of the dungeon and wields various abilities like; Arugal’s Curse, Shadow Port, Thundershock, Void Bolt. Being the hardest boss of the dungeon, he is not easy to kill as his ability deals a massive amount of damage and his teleportation ability makes it harder to lock him down. A good strategy would be to have you ranged DPS stand on the platform as you enter the room so that he can DPS arugal down from the point no matter where he teleports. Place your melee DPS at the same spot as well and make him wait for arugal to teleport at their location. Make sure you don’t lose your healers while focusing on the boss.

For the two casters and Melee, Shadowfang Keep not just has great stuff that incorporates a few amazing and outwardly appealing weapons that will be dropped from trash mobs, yet these things are additionally esteemed as level 19 twink gear.

- Shadowfang - The Main Hand Sword that is sought after for being a visually pleasing and powerful weapon.