In WoW Classic, players use addons to create customized gameplay, and these customizations include action bars, raid frames, graphic overlays, along with rotation reminder spells, boss warning, and tracking of buffs & de-buffs.  There are a few highly recommended addons for Warrior DPS that plays a huge role in helping during combat, as well as provide a playful experience during the journey.

This add-on was designed to track your weapons swing time during combat. It is highly important because every weapon has a different swing time, and it’s hard to identify the speed unless you’re using this privilege. It helps to predict your rage generation and is said to be essential while levelling up, or during PVP (Player VS Player) to use the spell Hamstring and kite against

enemies. It opens up opportunities for Warrior DPS class, regarding their positioning and ability usage. Thus, proves to be a useful addon throughout the gameplay.

This add-on was designed for you to save different sets of equipment’s and quickly swap into them by assigning them to a key. Warriors have many sets in their inventory, which needs to be swapped during various pulls. So, rather than consuming time and changing into a different set of gear the hard way, using this addon can be very useful, as all it requires is a tap on a

single key. This addon can also be designed according to the user’s choice, for example, the gear should switch when you wield a sword or trinkets to be switched when the cooldown is required etc. You can customize it in any way possible to bring out the most of this add-on.

This add-on was designed to track various buffs and de-buffs, based on how efficiently you can use the resources that you hold. In other words, you spend your rage depending on the time you have to wait for a proc to be accessible, but you don’t know the right time for it. Therefore, this addon helps you track the time, and lets you maximize the full potential of your class. It can be used to track anything in terms of PVE and PVP.

Before you download the addon, do make use that it’s compatible with your legacy Warrior feature. This addon was designed based on the Warrior class unique abilities and stances because binding each ability separately would take up a lot of effort and you may end up with several extra bind. So, with the help of this addon, you’ll be able to customize your action bar, while considering your gameplay and comfort level.

This list of useful addons isn’t specifically Warrior DPS, but they do provide a good boost to your gameplay experience. User interfaces also play a huge role in the journey of WoW Classic, as it provides vital information along the path while making tasks much easier to complete for players that have a certain goal.

The interface has everything included from Action Bars, Buffs & De-Buffs to Unit Frames, Nameplates etc. The following addons focus on enhancing, customizing and rearranging the UI, and it’s all related to what you’re able to see and interact with during your gameplay.

ArkInventory Classic: This addon allows you to manage your inventory in terms of sorting, filtering and categorizing it, depending on your choice.

Bagnon: This addon is similar to managing your inventory, and is best used to keep track of banks and characters that are available to you.

Bartender4: This addon has a variety of functions like hiding your bar view until you hover your mouse over it, bind keys to casting spells more efficiently, help keep your user interface clean etc.

ClassicSpellActivations: This addon is used for highlighting the spells that require special activation.

ClassicAuraDurations: This addon adds a clock to your buffs & De-Buffs to being the duration time into notice.

Masque: This addon allows you to re-skin into a variety of different styles. It doesn’t affect the gameplay in a major way and is mostly used to look good.

NeatPlates: This addon provides you with customization options, as well as different pre-sets which include tracking of de-buffs, colour differentiation based on threats or hostility etc.

SimpleMap: This addon crops out the black background of the map, while reducing the size and allowing you to see it without having the main screen being blocked.

Pitbull Unit Frames 4.0: This addon allows you to rearrange, hide or personalize the unit frame, and is highly recommended due to its customizable unit frame.

Shadowed Unit Frames: This addon is similar to Pitbull Unit Frames 4.0. However, do download the Classic Version, instead of the retailed one.

Tukui: This addon is a combination of most of the frequently used add-ons listed above, which is great for players that don’t wish to set up their own. However, it’s hard to customize it, it doesn’t fit your liking. 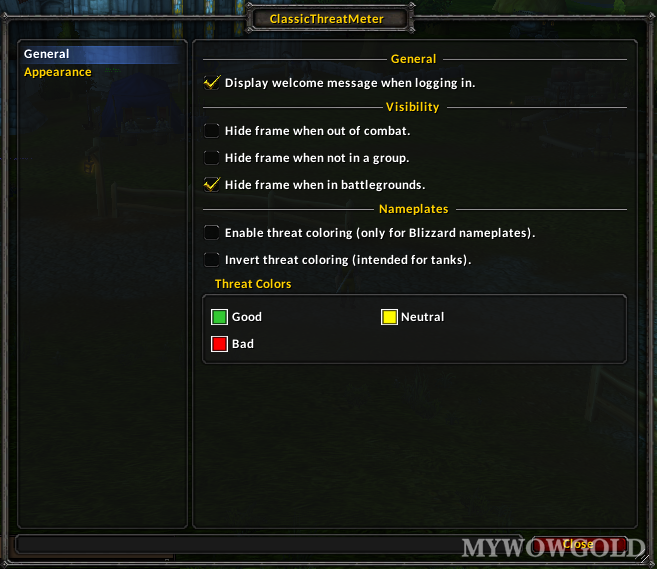 Classic Cast Bars: This addon adds cast bars to your target, allowing you to identify what the enemy is about to cast, or the order that you need to know to interrupt the spell easily.

ClassicThreatMeter: This addon is mostly used by Tanks and DPS, as it allows them to know who is close to being aggroed, and helps to minimize the threats that can occur.

OmniCC: This addon shows you the time on your abilities that going through the cooldown process, which is quite helpful for planning during battles.

MikScrollingBattleText Classic: This addon displays extra information like the numbers on default damages, and the incoming healing etc.

WeakAuras2 Classic: This addon allows you to create different auras depending on which aspect of the game you would like to focus on track. 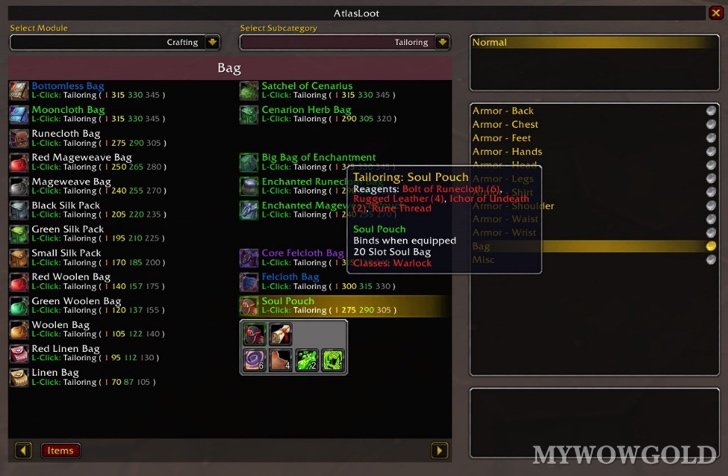 AtlasLootClassic: This addon allows you to see all the NPCs drop table in the game.

BigWigs Classic: This addon helps to add warnings and timers, depending upon the arrival of the boss.

Deadly Boss Mods: This is similar to the BigWigs Classic addon. 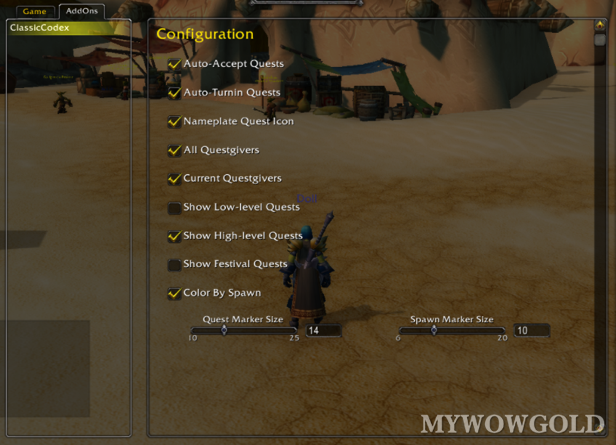 Classic Quest Log for Classic: This addon acts as a navigator for quests, which allows you to view all your quests on the left side, and the information on the selected quest on the right side.

Azeroth Auto Pilot: This addon helps in directing you to an area based on your current level so that you can gain the required experience needed to process further ahead. It is quite useful for players that are new to the game, and have the fear of falling into the wrong area, where high-level mobs reside.

Questie: This add-on acts as a quest helper, that marks given locations of quest providers, various drop locations and directions on the map. You can even choose whether you wish to do the task or not, as it doesn’t consist of any automation program.

Classic Codex: This is similar to Questie and Azeroth Auto Pilot add-on, or you can also say that it’s a combination of both, as it shows mobs and available quests on the mini-map, including options that can be customized willingly.

Quest Frame Fixer: This addon was created to correctly display ‘?’ and ‘!’ icons in the dialogue of a quest giver.

Quest Icon Desaturation: This addon is similar to Quest Frame Fixer, but turns the icons for uncompleted quests into the colour grey.

Advanced Interface Options: This addon unhides all the options that were hidden by the Blizzard addon.

ItemTooltipProfessionIcons: This addon helps differentiate items in the tooltip by showing whether they’re used for a profession or quest. However, they do not exactly indicate which quest the item is to be used in.

Leatrix: This addon is customizable for default user interfaces like automatically selling trash to vendors, releasing after death, accepting resurrections that are on hold etc.

MapCoords Classic: This addon pinpoints your location on the map, displaying your position according to your coordinates.

Peace & Quiet: This addon disables channels like general and local defence upon entering a PVP, dungeon, instance or a raid area, and enables automatically once you’re out.

Peggle Classic: This addon is used to pass the time by allowing you to play Peggle during flight routes, or during other situations where you have to wait.

Vendor Price: This addon automatically displays the vendor shop sell-price of an item in your tooltip menu.