If you’ve never used macros in World of Warcraft Classic, you’re definitely missing out! Macros allow you to combine different actions and make you incredibly efficient - they’re used by effectively everybody. While it may be daunting to learn how to use them, the power comes from the customisation possible. You’re able to create exactly what you want and need, for whatever class you’re playing, and for whatever activities you partake in. In this guide, we will focus on the best WoW Classic macros for the Warriors Class. As a player, you may prefer certain abilities in particular or could be doing PvP. Everyone will have their own macros that best suit them and their current playstyle. 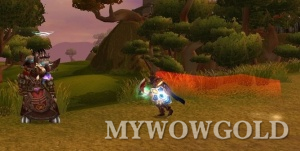 Macros are a built-in tool to the game by Blizzard and are considered perfectly legal as a result. In other games, macros are done through AutoHotkey and the sort: this isn’t the case here at all. Practically every player will use the in-game macros feature to assist their gameplay. In fact, a lot of content is balanced and created with this in-mind by the developers.

In this guide, we’ll explore how macros work and give you some examples. From the examples, you can create your own. Macros are divided into two types: generic and class based. The first line of any macro generally consists of “#showtooltip Ability”: this is the icon that shows up that you can click on.  A very basic macro would consist of the following:

This macro allows you to easily dismount. You could then combine this with a /cast Ability below the dismount. Why is this helpful? Some abilities cannot be cast whilst you’re in the mounted state: they will have no effect. By combining multiple actions into one click, you’re speeding up your gameplay and enhancing your progress.

A simple yet effective macro. You simply have to click the macro and do not have to click over the individual. This WoW Classic macro is applicable to many classes: it’s a great macro for Warriors though.

Usually, this macro is thought of being associated exclusively with healing: but it’s perfectly acceptable for Warriors too! The neat feature of this particular macro is that it only executes on a conditional basis. The conditions in this scenario would be that whatever you’re mousing over can be harmed by you, and it’s not already dead.  Attempting to taunt a dead target is a waste of time and will not benefit you: it only serves to waste time. This perfectly exemplifies how macros can give you an advantage over other players in WoW Classic. Using this macro is undoubtedly faster than performing these actions and checks manually. 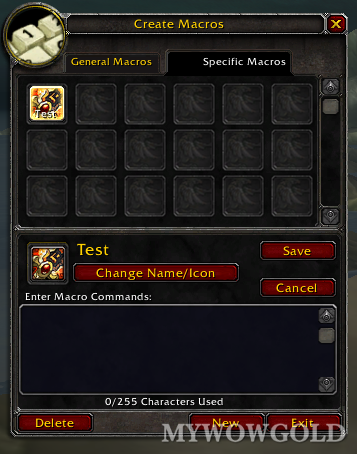 Mouseover macros aren’t just helpful for PvE though. If you’re in a PvP situation, you stand to gain an additional time advantage. You will not have to click on targets to attack them: as soon as you mouse over, your ability will be sent to the game server. In addition, as it is mouse-over, you are able to dynamically and easily switch targets on the fly. In a fast-paced combat game, you can expect the dynamics and situation to change quickly. Here’s another example for PvP, for the Warrior class:

This will allow you to deliver a whopping 65 damage and a 3-second stun all through a charge-attack. You can further add to these macros by specifying whether or not your target is a player, to prevent accidental attacks.

In certain situations, you’ll want to switch up weapons. If you already have a two-handed weapon equipped but would like to switch to a more defensive approach, you can do so. As a Warrior, you may do the following:

This switches your setup from being two-handed offensive to a defensive approach, with a shield and a dagger. You can also do the vice versa with another macro. Of course, you can substitute the abilities and gear you prefer and have access to. Disarm is an ability that will remove your opponent’s weapons for 10 seconds, granting you time to strategize. However, the nature of macros is that you don’t even have to have a cast at the end.

Before any of your melee abilities, it’s recommended to use the following macro:

A sweet and simple macro! Who said macros have to be complicated? The reason for this macro is that you do not want to right-click your target and start an attack each time. By using this, you’ll speed up the process greatly. 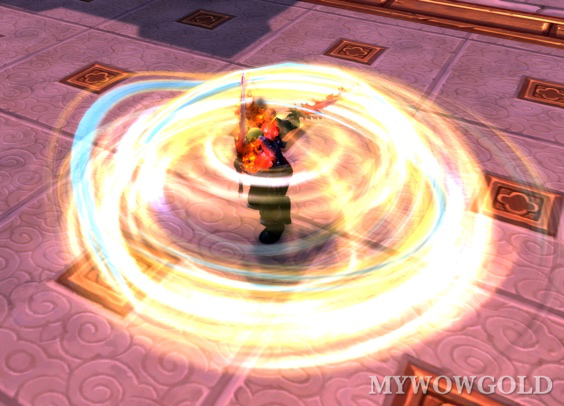 With combat, sometimes we enjoy spamming our abilities and having fun. Channelling abilities don’t entertain any form of spamming. These abilities require you to remain stationary, and spamming whilst waiting for recharge will cancel the ability. Nobody wants their ability to be cancelled, so you can make a macro to prevent this. For instance, if you want to cast Bladestorm:

Now you no longer have to worry about accidentally cancelling your action!

With rank macros, they are executed by specifying a particular key to be used in conjunction with your mouse click. If you do not press the key with your click, it will allow you to specify an alternative cast. As a Warrior, you may want to get someone out of stealth, therefore using a rank 1 ability is the perfect storm to ruin their parade:

The substitute cast could be the same abilities at a higher rank as well. To use the former ability, you must press the ALT key alongside your mouse click. If you do not press ALT, you will cast the latter spell. Another key that’s often used for modification based macros is the shift key. It’s down to personal preference mainly, on the other hand: two conflicting macros (with the same keybindings) are not possible.

Hopefully, this guide has been useful to you! Even if you’re not currently playing a Warrior in WoW Classic, macros are an invaluable tool at your disposal. The best advice is to experiment and create/use whatever suits you best. Buy wow classic gold from mywowgold.com, get gold so fast & safe, enjoy here.