The Zandalar Tribe is an ancient tribe that was formed by the Zandalari Trolls, and this tribe is also aligned with the Zul’Gurub raid, being a progenitor to every other troll tribes that exist. Their main focus was on protecting the history of the troll society, which was only possible due to their scholarly efforts. Even though they were smarter and larger than the other tribes, they never attempted to command over the lesser trolls.

The Gurubashi troll tribe was known for their power and territory hold while crediting all their victories to the Blood God named Hakkar. The Zandalaris were thankful to them at first, but as they started to understand the true motive of Hakkar, their thankfulness turned into disquiet. The Blood Gods motive was to fill his servants with rage and feast upon their catastrophic behaviour, but as the Zandalari tribe figured out that he was growing stronger day by day because of the sacrifices that his servants were making, they marched towards Stranglethorn vale. The march was taken place to bring together the jungle trolls and rally towards Gurubashi, the capital of Zul’Gurub, in hope of putting an end to Hakkars mischievous deeds. 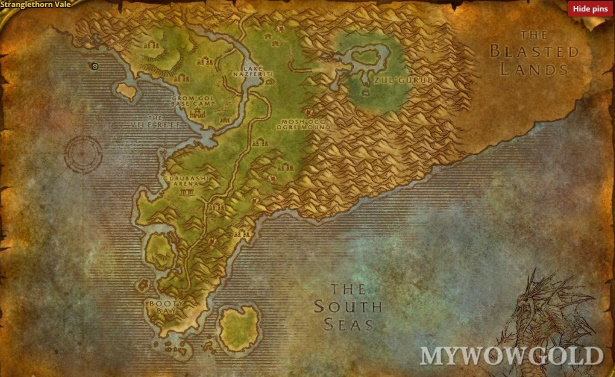 The home base of the Zandalar Tribe is located at Yojamba Isle, just off the Stranglethorn Vales eastern coast. The area consists of different reputation vendors, as well as quest NPCs. As there are no flight paths to the isle, the closest flight path would be for the Hordes, near the Grom’gol base camp in Stranglethorn Vale. The alliance fraction is the ones who can get closest to the Yojamba Isle by flying towards Darkshire in Duskwood.

These are the following coin sets that you can turn in:

The Zandalar Tribe has tons of reputation rewards to offer, depending on your standings. They have specific patterns like Shoulders can be earned at Exalted, and Zanza potions can be earned at Revered. You can sell your reputation points through Rin’wosho the Trader, who is the quartermaster for the Zandalar Tribe. Although most of the items in his possession are sold for gold coins, there are a few items that require Zandalar Honour Tokens.

Below is a list of all the items that are sold by Rin’wosho: 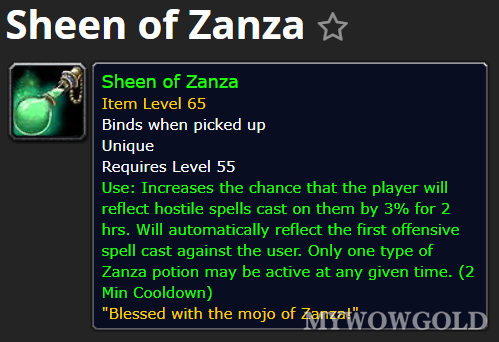 WOW classic gold and WOW gold service on Mywowgold.com, you can have a good choice, hope you like us.