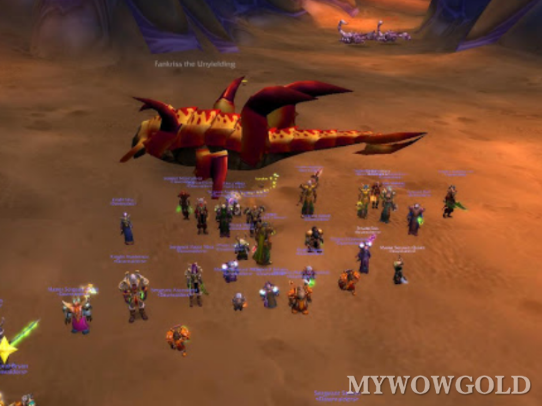 Fankriss the Unyielding is the third important boss to defeat in AQ40. Even though his melee attacks aren’t that strong, he has a debuff called ‘Mortal Wound’. This stacked de-buff can reduce incoming healing by a whole 10% per attack. The 3 bug tunnels that are present in the room, spawns Vekniss Hatchlings every minute, but they aren’t a threat. The battle with this NPC is mostly about control, as Fankriss spawns’ level 63 NPCs in groups of three and to avoid being killed instantly, you’ll have to kill them as soon as possible.

Before we begin with the guide, let’s go through the loot table. 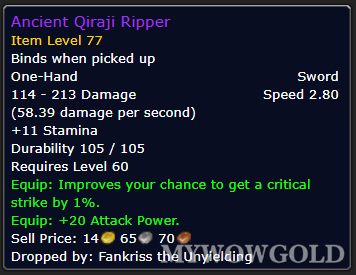 · Barb of the Sand Reaver

· Fetish of the Sand Reaver

· Pauldrons of the Unrelenting

· Robes of the Guardian Saint

There are 5 notable classes and a few strategies that you’ll have to keep in mind.

- Warrior tanks role is to pay attention to the Mortal Wound de-duffs from Fankriss, as allowing too many to the stack will reduce incoming healing and lead to the tank being dead. Tanks need to provoke the boss to allow their stacks to fall off before facing him. The other off tanks aren’t assigned with this task, so they should focus on the other NPCs like Spawn of Fankriss or Vekniss Drones that pile up behind the boss.

- Melees like Warrior and Rogue should swap and burn down any nearby Spawn of Fankriss as soon as they can because they have a Berserker effect that empowers them and therefore cannot be left alone. Spawn of Fankris can either be summoned alone, in a pack of two or even three.

- Mages and Warlocks tasks in piling up Vekniss Drones when the warrior tanks make a call and then swap the damage over to Spawns of Fankriss during their time of summoning.

The following are quick tips for Fankriss the Unyielding. 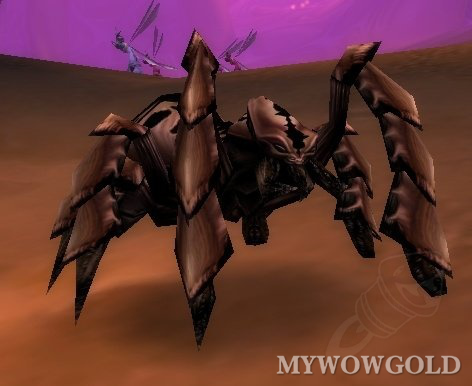 All warriors and rogues should only focus on killing the Spawn of Fankriss because during the event they go berserk and need to be put down immediately to avoid heavy damage. Melee should wait for the tank to call out to burn down the piled up Vekniss Drones.

During the Spawn of Fankriss event, when they go berserk, Rogues should save their Kidney Shot skill to stun them, because when they’re berserk, they can easily one-shot kill the raid members.

One main tank should keep Fankriss the Unyielding busy and away from the raid, and only switch with the other tank when the de-buffs stack too high. The new tank then takes over the task of the old one, while the old tank joins the melee stack behind Fankriss and wait for the de-buff (Mortal Would) to fall off.

Raid members can also be entangled by the bug tunnels, so the off tanks should pay close attention to those areas. Off tanks and warriors’ task is to intercept over and taunt the add offs from the stunned raid members. Off tanks should keep their aggro on at all times when they’re dealing with Vekniss Drones and focus on keeping them stacked behind the boss. When the time is right and the tank feels the aggro is strong enough, they should call out the members to AOE them down.

Healers task in keeping a close eye on anyone that gets targeted with Entangle from any Vekniss Drones near the bug tunnels, as the damage is significantly high. They also need to be aware of the Mortal Would de-buffs that stacks over the tanks, ensuring that they need to swap because the healing effect on them is lower.

Before the pull (Safe spot)

The raid needs to be completely buffed up and prepared for a pull in the safe spot, which is inside the main bug tunnel. Once the raid members are ready, they need to move out while mounting up, charging straight to the boss. Ensure that the tanks are in the front while charging in, as the boss has a large aggro radius. Once aggroed, the main tank should start tanking the boss and flipping him around, so that his behind is pointed towards the main tunnel where the rest of the raid members will stand and damage. 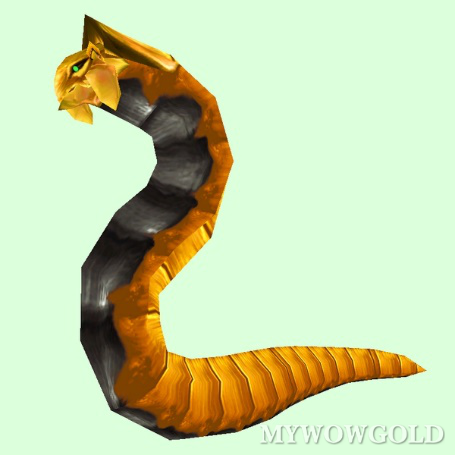 During the fight, Fankriss summons Spawn of Fankriss which then forces the raid members to change their focus off from the boss over to the spawned NPCs, as after 20 seconds of their spawn they can be very aggressive and can deal a lot of damage.

The Mortal Wound is an Ability that reduces all incoming heals by 10% and can stack up multiple time. This ability focuses on the main tank, and once it stacks up to a specific amount, the main tank has to switch his place with the other until the de-buffs fall off. Once it has fallen off, the main tank can again switch his place and start taunting the boss. The tank has to rotate his position back and forth to ensure that the de-buffs have fallen off and the boss is facing away from the raid the entire time.

Keniss Drone spawns randomly throughout the area when the raid members encounter the boss. They spill out of the small bug tunnels around the main one and are a total of three in number. An off tanks job is to gather and stack them behind the boss, allowing the casters to bring them all down at once without moving out of the range through AOE.

Entangle ability randomly snatches a raid member that is present in the area and webs them at one of the small bug tunnels. On the other hand, healers need to be prepared for this as they’ll need to heal the member that has been entangled as they’ll aggro a Vekniss Drone nearby and deal damage.

Summon Worm ability summons a group of Spawn of Frankriss, they can either be summoned alone, in a pack of two or a group of three. These spawns are much more dangerous than the boss because after 20 seconds of their spawn they start to cast the ability Berserk on themselves, which makes them a killing machine and can kill a member in one shot. These NPCs can be stunned and be hit with a Rogue’s Kidney Shot ability to defeat them. It is utmost important that you focus on them when they’re spawned and then move back to the boss.

WOWC Guides from us, hope you like them. Buy wow classic gold now, get more off gold, enjoy.