Welcome to our guide on Herbalism for WoW Classic! As you may be aware, Herbalism is a skill that allows you to gather a wide variety of herbs, which can be further used to sell or manipulate into more items. In fact, the majority of players choose to do Herbalism due to the massive profit you can make. For example, you can use the Find Herbs spell to find herbs that are nearby, which drastically speed up your profits per hour!

In this guide, we’ve got a comprehensive, step by step method into dominating Herbalism in WoW Classic. If you are looking for the best ways to tailoring in WoW Classic, check out our Tailoring Guide last week. Without further ado, let’s get started!

There are many reasons why heaps of players chose to do Herbalism – let’s go through a few!

Firstly, the herbs you can acquire through the Herbalism skill are quite useful, as they can be further used in Alchemy, Blacksmithing, Cooking, Engineering, Leatherworking and Tailoring. Secondly, if you’re a Rogue player, you can create Blinding Powder for Blind by using Fadeleaf. Additionally, the Thistle Tea can be created by using Switftthistle. And finally, Herbs are required for plenty of quests in WoW Classic.

So, to gather herbs and level your Herbalism in an optimal manner, it’s very important that you know where the herb nodes are going to spawn. For a point of reference, herb nodes usually spawn in natural environments that are near hills, cliffs, mountain ranges, zone borders, caves, mines and open terrain. Therefore, while you’re looking at the areas in WoW Classic, make sure that you’re entering an area with a strong chance of finding an herb node. And of course, make sure your skill is high enough to gather from the herb nodes that you find. Quick tip – turn Find Herbs on so you can see the herb nodes on your mini map.

Professions to Pair with Herbalism

Amongst WoW Classic players, Herbalism is popular among Druids, as Travel Form allows them to Herb without having to dismount. Tauren Druids also can use the Cultivation racial, which provides +15 herbalism.

There’s Firodren Mooncaller, who you can find near the Temple of the Moon in Darnassus, at the Temple Gardens (48, 68). Next, there’s Reyna Stonebranch, found at the Great Forge in Ironforge, inside of the Ironforge Physician building (55.6, 58). After that, there’s Kali Healtouch, who is at Thelsamar in Loch Modan, outside the building next to the inn, (36.6, 48.4). Next, Alma Jainrose can be found at Lakeshire in Redridge Mountains, inside of a building on the west side of town (21.8, 45.8). After that, Cylania Rootstalker is found at Silverwind Refuge in Ashenvale, in the large building that overlooks Mystral Lake (50.6, 67). Next, Tannysa is located at the Mage Quarter in Stormwind City, out the Alchemy Needs building (44.8, 77). You can find Shylamiir is found at the Park in Stormwind City, in the northwest building (15.2, 49.8). There’s Herbalist Pomeroy near the gates of Stormwind City in the Elwynn Forest, inside the building in the mountains (39.8, 48.4). Next, Malorne Bladeleaf is at Dolanaar in Teldrassil, in the northeast building (57.6, 60.6). After that, there’s Brant Jasperbloom, located at Theramore Isle in Dustwallow Marsh, in the building on the northwest side (64, 47.6). And finally, there’s Telurinon Moon, who is at Menethil Harbor in Wetlands, inside the two-story building on the northwest side (8, 55.8). 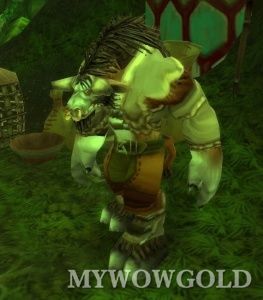 For Horde, there’s Ruw, located at Camp Mojache in Feralas, near the flight master (76, 43.4). After that, there’s Aranae Venomblood, who is at Tarren Mill in Hillsbrad Foothills, by the wagon in the centre of the town (61.6, 19.6). Next, you can find Jandi located at the Drag in Orgrimmar, inside the Jandi’s Arboretum building on the upper level (55.6, 39.6). Angrun is located at Grom’gol Base Camp in Stranglethorn Vale, which is by the north entrance (32.2, 27.6). You can get to Mishiki by going to the Sen’Jin village in Durotar, which is inside the hut by the mountain vendor, at (55.4, 75). There’s Komin Winterhoof is found at the central bluff in Thunder Bluff, near the building leading to the Elder Rise (49.8, 39.8). Next, there’s Faruza, located at Brill in Tirisfal Glades, by the mount vendor (59.8, 52). Lastly, there’s Martha Alliestar at the Apothecarium in Undercity, in the inner cloister (54.8, 50.2).

In regard to Neutral, there’s Flora Silverwind at Booty Bay in Stranglethorn vale, which is inside of a building near the Alliance flight master (27.6, 77.6). There’s also Malvor, at Nighthaven in Moonglade, in the building on the south side (45.6, 46.8). 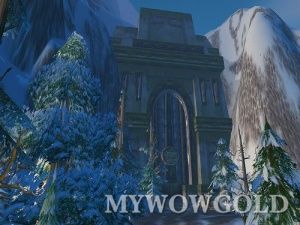 From levels 51 to 75, you’ll need to gather Earthroot and Mageroyal. Earthroot is found on hills and near cliffs, whereas Mageroyal is found near trees. You’ll need to go to either of these zones: Dun Morogh (run circuits around the eastern side, especially the Gol’Bolar Quarry), Westfall (run circuits starting from the northeast coast to the southwest coast, then over to Sentinel Hill) and Darkshore (run circuits up and down the whole zone).

For the Horde section, from levels 1 to 50 you’ll be gathering Peacebloom and Silverleaf, found in the open terrain and near trees respectively. The areas you’ll be at are: Durator (you should run circuits from Razor Hill to Sen’Jin Village), Tirisfal Glades (running circuits on the western side of the zone, which is from Coldheart Manor, to Agamand Mills, to Solliden Farmstead, to Nightmare Vale), and Mulgore (run circuits around Bloodhoof Village and the base of Thunder Bluff).

Then, from levels 51 to 75, gather Earthroot, found on hills and near cliffs, as well as Mageroyal found near trees. You can find these at the barrens, where you should run circuits that start from the Crossroads, to Honour’s Stand, to the Dry Hills, to Gold Road, then finally back to the Crossroads). 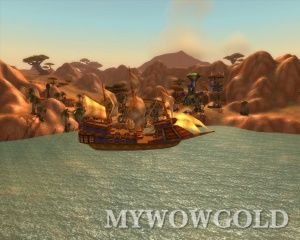 Moving on, from levels 75 to 100, you’ll be gathering Briarthorn, which is found near trees. You can find the Briarthorn from: The Barrens (we recommend you run circuits that start from the Crossroads, then to Honor’s stand, then to the Dry Hills, to the Sludge Fen, then back to the Crossroads), Silverpine Forest (run circuits around the southern area of the SIlverpine Forest, starting from the entrance to Hillsbrad Foothills to Pyrewood Village), Darkshore (simply run circuits up and down the zone), and Redridge Mountains (you should run circuits around Lakeshire and/or the southern area of the Redridge Mountains).

From 161 to 185, you’ll be gathering Fadeleaf, which are found near trees from the Swamp of Sorrows, where you should run complete circuits of the zone. 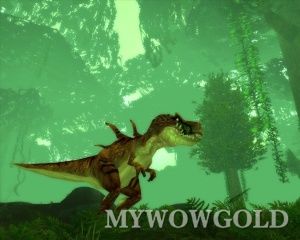 Almost there! From levels 271 to 285, you should gather Dreamfoil, which is in the open terrain, in areas like: Un’Goro Crater (run circuits around the complete zone) and Azshara (run circuits from the Forlorn Ridge to the Ravencrest Monument).

And there you have it – our Herbalism Guide for WoW Classic. Good luck, and we’ll see you in another guide! And don't forget that to enjoy all the features in the game, players can buy cheap wow gold and wow classic gold from our website.