Welcome to our Shaman guide for WoW Classic. In this guide, you’ll find all the fundaments (and even some advanced) concepts relating to levelling and optimising your Shaman. We’ll be going through things such as talent builds, question zones, improving levelling times, weapon skills, Shaman stats and many more! Stay tuned as we also have tips for buying spells, getting the best levelling gear, what pieces to aim for while levelling, and so much more, or you can check out our Herbalism Guide last week. Enough waiting – let’s get into it.

As Shaman’s have a very high utility, and increase warrior and rouge damage a lot, we recommend having them in groups so you can rely on them for their damage. When you level, enchanting is recommending for solo specialization as it lowers the Mana reliance, compared to Elemental and Restoration, and you’ll also still be able to heal while in a levelling group.

You won’t be often called to heal in a dungeon, regardless of what you’re currently specced as. Don’t worry though, Shaman are able to heal any levelling dungeon, and even specific end-game ones using a baseline kit. Anyways, just make sure you bring and buy a lot of water, and you’ll need to drink a lot. Keep in mind to have a “+Healing” gear in your bags, and the gear will be very useful to when you are healing dungeons. Also, try to get Intellect and as much mana per 5 seconds as possible.

A levelling strategy that is quite popular in the WoW Classic community is a dungeon cleave group. So, let’s quickly cover some strategies for a Shaman that may be in a cleave group. Keep in mind, this is a very fast-paced strategy. Often, groups will spend hours upon hours in a dungeon. Therefore, you’ll need to make sure that you’re are doing proper mana management. Any specialization will suffice in a dungeon, and even though you’ll be focusing on dealing damage as Enhancement or Elemental, you can still heal quite well, so don’t feel pressured to turn off some group invites if they are looking for a healer. This becomes very true as you get points into Restoration during your final 20 levels. 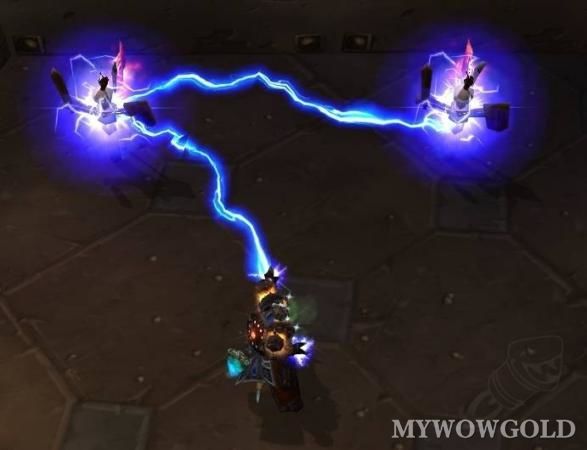 You should be aware that your mana should be used only for Chain Lightning and totems. And no, you won’t be doing as much damage as Warriors, but instead your buffs will help the damage a lot to compensate for it. If you’re unable to continuously drop totems such as the Wind fury Totem due to being low on mana, consider not using as many offensive spells. Also, make sure you place your totems in a strategic manner to maximize their usage by you and your group, to minimize mana consumption. A decent strategy that most players choose to do is dropping totems at the start of each engagement and using Chain Lightning once. Though you’re Enhancement, you shouldn’t put aside your ability to heal. You should be the off healer in case your group’s healer is running out of mana. You can also off-heal whenever your main healer drinks to speed up the process for your group members. Lastly, Earth Shock is very valuable for you to interrupt deadly spells, so make sure you’re using it as much as required against dangerous enemies. Keep in mind, it does cause extra threat.

The restoration playstyle allows you a lot more flexibility, with the Chain Heal spell working great for groups that are splitting the thread around or using Healing Way to heal the group’s main tank. Your utility is very important for the group, so make sure that you’re dropping your totems optimally to maximize their length of use. As your Shaman lacks mana regeneration while you’re casting, you’ll need to be very mindful of your mana. An optimal strategy is to heal in bursts. With this strategy, you’ll need to wait for your fellow group members to be low, then heal them to full, and don’t heal for a while. Unfortunately, this strategy can be quite dangerous if you do not perform it correctly. Also, make sure that you have a lot of food, a lot of drinks and a lot of reagents. Also, communicate with your group and always drink whenever you get out of combat.

Shamans can use a variety of weapons, such as the 1H/2H Axes and Maces (favoured by Enhancement Shaman), and Shields, Daggers, Staves, and Off-Hands (favoured by Elemental and Restoration Shaman). Every Shaman race begins with One-handed Maces, Unarmed and Staves which are learned by default. Shamans can also use Shields and Off hands.

Once at level 10, Shaman can go visit weapon trainers found in capital cities and learn more weapon skills. The trainers are Hanashi, found at the Volley of Honor in Orgrimmar, who teaches One-Handed Axes (81.6, 19.4), Sayoc, who is also at the Vlaley of honor in Orgrimmar, teaching daggers and One-handed axes (81.6, 19.4) and Archibald, found at War Quarter in Undercity, teaching daggers (57.8, 31.6).

As there's a bunch of RNG that goes into what you will utilize while leveling your Shaman there are sure places where you can promise yourself an upgrade. Having a decent weapon is fundamental for Shamans. Even a simple white weapon that has higher damage can be better. In case you're playing with a group, it would be very smart for your group to help buy you another weapon at certain level periods.

Upgrades in weapons will also be the most impactful improvement in your character when levelling and having only the best possible weapon will make the experience in levelling much easier and quicker. Typically, for DPSing and questing in general, you will still be good for 2H Weapons with a higher DPS rating, so you can use that as a guideline to see if an upgrade is a weapon. Keep in mind to always keep your Weapon Skills close to max, so when you switch weapons you don't have to spend too much time upgrading your Weapon Abilities! Below is a list of common weapons and their levels / requirements, either to be Quest Rewards, easily made by professions or to drop easily from common dungeons. Remember, however, that this isn't a comprehensive list of every available weapon when levelling. You should not get addicted to weapons and always remove them when you find DPS upgrades on them, even if they are white weapons from vendors, as long as they are sluggish 2h Enhancement weapons, or high spell power / Intellect Elemental and Restore weapons. 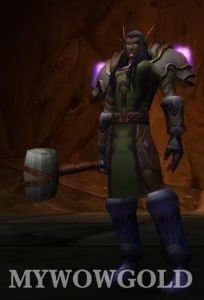 Although there are a bunch of professions to choose from, some can offer a bit of an edge to a Shaman. Most opt for Skinning & Leatherworking. With Leatherworking, a Shaman can craft several useful gear parts to assist them in levelling, as well as help them get geared to the optimal pre raid best in slot gear like the Devilsaur Leggings and the Devilsaur Gauntlets, both of which involve Leatherworking. While you can combine your Leatherworking with other professions, Skinning complements it nicely as Skinning provides much of the leather used for leatherworking recipes, as you do not have enough time to skin a whole lot of mobs in dungeons. But if you just want to make money, in addition to buy gold classic wow on our site, you can use a second gathering profession to pair with Skinning, like Herbalism or Mining.