After WoW Classic Paladin Guide, this week we will discuss Engineering in depth. Engineering – one of WoW Classic players’ favourite profession, allows players to utilize and craft specific items such as explosives, armours, ranged weapons, trinks and many more! Furthermore, the profession brings about a vast number of PvP and PvE benefits, and we can’t go without mentioning companion pets! With all the ins and outs of engineering, we know it can be quite intimidating to understand it all. That’s why we’ve gone ahead and made a comprehensive guide to Engineering in WoW Classic. Let’s jump into it! 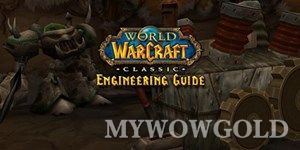 First up, why should you even consider Engineering? Well, there’s a plethora of reasons why thousands of WoW Classic players decide to undergo the Engineering route, such as:

-The ability to make explosives, such as the Goblin Sapper Charge, Dense Dynamite and the Thorium Grenade. These items can bring vast benefits due to their ability to damage in an area and stun monsters.

-The ability to get battle pets, such as the Arcanite, Dragonling and Gnomish Battle Chicken, that can benefit not only you, but also the group that you raid with.

-The ability to craft PvP trinkets, such as the Hyper-Radiant Flame Reflector, the Gyrofreeze Ice Reflector, and the Ultra-Flash Shadow Reflector. These aforementioned items can allow you deflect the spells which you receive to instead attack the original caster.

-The ability to craft additional hearthstones, like the Dimensional Ripper – Everlook, and the Ultrasafe Transporter – Gadgetzan, which allow you to transport around the world quickly.

-The ability to craft special gear such the Force Reactive Disk, which allow you to benefit from the unique and powerful effects that aren’t seen in standard gear.

-Ability to craft other helpful gadgets, like the Field Repair Bot 74A, which can allow you to repair your own items without the need to return back to town.

So, ready to train Engineering? Before we jump into specific levelling, you should be aware of the trainer locations for Engineering in WoW Classic. You can find apprentice and journeyman engineering trainers in major cities. If you don’t know how to get to major cities, simply find any city guard, and they’ll direct you to the right spot by placing a red flag with a golden exclamation mark on your map. However, the higher-level trainers are found in more discreet areas of the map, all which we’ll get into! We’ll now go over the Alliance, Horde and Neutral trainers for engineering. 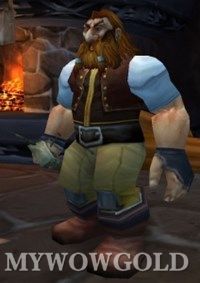 -(Journeyman) Bronk Guzzlegear, located in the Steelgrill’s Depot in Dun Morogh, which is just east of Kharanos. The coordinates of his location are (50.2, 50.4).

-(Journeyman) Deek Fizzlebizz, who is located at the Stonewrought Dam in Loch Modan, on the western side via the coordinates (45.8, 13.6).

-(Journeyman) Sprite Jumpsprocket, located in the Dwarven District at Stormwind City on the northwest side, found by following the coordinates (54.6, 8).

-(Journeyman) Jemma Quikswitch found inside of the Sprindspindle’s Gadget building in Tinker Town in Ironforge, coordinates are (67.8, 44).

-(Journeyman)Jenna Lemjenilli found on the north side outside of the large building at Auberdine in Darkshore, via the coordinates (38.2, 41).

-(Expert) Lilliam Sparkspindle, who is found at the Dwarven District in Stormwind city, on the northwest side, at (55, 8.6).

-(Expert) Trixie Quickswitch, found in Tinker Town in Ironforgot, inside of the Sprindspindle’s Gadget building, (67.8, 43.2).

-(Journeyman) Graham Van Talen is located at the Rogue Quarter in Undercity, near the Rogue trainers in the outer cloister, (75.7, 73.2).

-(Expert) Franklin Lloyd can be found in the Rogue Quarter in Undercity, near the Rogue trainers in the outer cloister, in the coordinates (76.8, 74.4)

-(Artisan) Roxxik is found in the Volley of Honor in Orgrimmar, inside the Nogg’s machine Shop building at (76, 25). 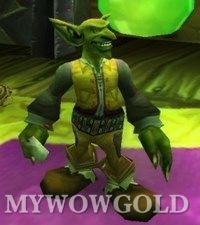 -(Journeyman) Tinkerwiz can be found at Rachet in The Barrens, inside the building, which is north of the flight master, at (62.6, 36.2).

-(Journeyman) Twizwick Sprocketgrind can be located at the Venture Co. Mine in Mulgore, at the upper cliffs, which are only accessible via the mine, (62, 31.6).

There’s quite a methodical way to go about crafting items, so let’s go through it! First, you’ll need to find an anvil. Next, ensure that you have the crafting methods you need, and also the tools in your bag. Next, open your spell book, and find the respective icon and click on it. The engineering skill should then be opened. Select a specific recipe to see how to create it, then press create. And there you have it – you successfully crafted an engineering item!

Now, the part most of you were waiting for – the levelling guide! And lucky for you, we’ve got the fastest way to get to level 300 in WoW Classic.

Here’s a list of materials you need to level your Engineering from 1 to 300. Keep in mind however, the quantities may vary slightly from player to player.

You’ll need to craft these items into other items along the way – so keep that in mind if you see an item that isn’t mentioned in the previous list.

Craft only 1 arc light spanner, which uses 6 copper bars. Then, craft a rough copper bomb, which requires 30 copper bars, 30 handfuls of copper bolts, 60 rough blasting powder and 30 linen cloth. Then, craft 60 coarse blasting powder, which requires 60 coarse stone. Moving on, you should then craft coarse dynamite, and then craft silver contact. And finally, craft a bronze tube, and then go learn Expert Engineering!

You can start the quest ‘Gnome Engineering’ from multiple engineering trainers, such has Tinkmaster Overspark in Ironforge (for alliance) or otherwise Oglethorpe Obnoticus in Stranglethorn Vale’s Booty Bay (for Horde players). Upon completion of the quest, you’ll then unlock ‘The Pledge of Secrecy’. This quest is quite simple and short and allows you to confirm your decision to have a Gnomish Engineering specialization. After that, complete the ‘Show Your Work’ quest, where you’ll need to gather 6 mithril tubes, 2 advanced target dummies and an accurate scope. Completing that quest allows you to be specialized in Gnomish Engineering, allowing you to learn schematics only available from Gnomish Engineering Trainers. You’ll also receive some mail in-game which has the Gnome Engineer’s Renewal Gift, which has specific items, crafting materials and schematics for you to use. In regard to Gnomish Engineering Trainers, there are two: Oglethorpe Obnoticus, who is in the second unmarked shop southeast of the Botty Bay Blacksmith in Stranglethorn Vale, as well as Tinkmaster Overspark, who is in Tinker Town, Ironforge. 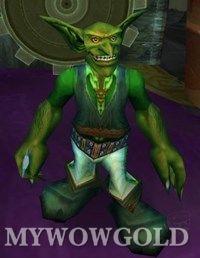 On the other hand, you can pick up the quest ‘Goblin Engineering’ from Tinkerwiz in Ratchet in the Barrens, leading you to Nixx Sprocketspring, located in Gadgetzan in Tanaris. As you complete the quest, the quest ‘The Pledge of Secrecy’ then becomes available, which is a simple quest which solidifies your choice to be a specialist in Goblin Engineering. After completing that quest, you’ll then complete the ‘Show Your Work’ quest, where you have to obtain 20 big iron bombs, 20 solid dynamite and 5 explosive sheep. You’ll then be a specialist in Goblin Engineering, which can eb renewed through the quest ‘Membership Card Renewal’. You’ll receive a mail in-game with your Goblin Engineer’s Renewal Gift, which has several items, crafting materials and unique schematics. In regard to Goblin Engineering, there’s two trainers that you’ll be circulating around. The first of which is Nixx Sprocketspring, who is located in Gadgetzan, Tanaris. Secondly, you could go to Vazario Linkgrase, found in Ratchet, Barrens. 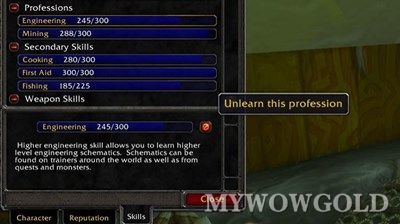 If it comes to the point that you aren’t satisfied with your speciality, or you would like to change it to the alternative speciality, you can! In WoW classic, you’ll have to re-learn the Engineering profession. To do so, you’ll need to first unlearn the Engineering profession completely. Open up your skill menu, then scroll until you find the Engineering profession. After clicking on it, simply search for the red circle with a slash through it, and after clicking it, you can unlearn it. You’ll then have to level Engineering again from scratch, using the levelling guide we provided, until you hit level 200. Next, travel to the Steamwheedle Port, which you can find in Tanaris. Then, search for the gnome named Narain Soothfancy who is located inside a hut. In the hut, you’ll be able to find a book named “Soothsaying for Dummies”, and after hovering your cursor over it and right clicking it, you can change the specializations that you previously learnt, with no quest nor fee required!

And there you have it – our comprehensive guide for the Engineering professional in WoW Classic. Best of luck in your Engineering guide, and we’ll see you back for another guide! In addition, don't waste time blindly finding gold you need instead of buy wow classic gold. Our website is one of the high-rated game item trading stores in the gaming market.