Paladins, the ideal melee fighter with secondary spell casts, is the go-to for WoW classic players looking to dominate in groups, due to its healing, blessing and other abilities. These Guardians of the Holy Light can withstand even the harshest blows, all while helping their teammates. 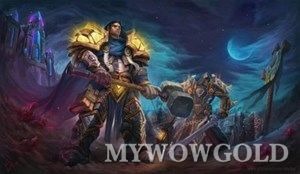 If you’re looking to become a Paladin in WoW Classic, we’ve compiled a comprehensive guide featuring everything you should know about Paladins to get started! By the way, check out our WoW Classic cooking guide if you need.

Why Paladin? Pros and Cons

So, why do WoW classic players choose Paladin? More importantly, why do some choose to stay away from Paladin? Let’s evaluate its pros and cons! 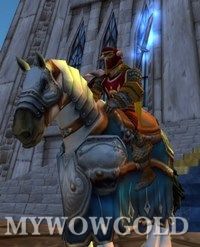 One of the biggest advantages of Paladins are that they can wield heavy Armor, which can allow them to take large amounts of damage and still stay standing. Furthermore, they have the ability to heal their allies, as well as resurrect them. They can cast auras and blessings which have benefits to not only them but also their fellow players and they can summon a Warhorse mount.

On the other hand, they are heavily dependent on using mana for their abilities, both offensively and defensively. They have minimal capabilities at range, which can make it quite hard to win in combat.

The unique feature of Paladins is that they are exclusive to the Alliance faction. Therefore, the only races you can choose are Humans and Dwarves. If you’re looking to be a healer, then you should go towards the human route. However, if you’re more into PvP and Battlegrounds action, then go for the dwarves.

Stepping it up, at level 26, aim to have an Ancient War Sword, which has a respectable 21.7 DPS. You can acquire one by completing the “Defeat Nek’rosh” quest. At level 29, you should use the Corpsemaker, which has 28.9 DPS and can be acquired as a 40% drop off Overlord Ramtusk Razorfen Kraul. At level 31, consider using a Silver Spide, which has an increased DPS of 31.1, which is a reward from the quest “Venture Company Mining.” At level 37, opt for a Raveger, which has 37.3 DPS, and is a 25% drop off Herod, found in Scarlet Monastery. At level 34, upgrade to the Bonebiter, a 38.8 DPS weapon which is a reward from “In the Name of the Light”.

Moving onto higher level equipment, at level 50, you should use the Limb Cleaver, which has a massive 42.7 DPS, a reward from the quest “Hurley Blackbreath,” which can be started at the Blackrock Depts.

The great thing about Paladin, is that you can be either a DPS, Tank or Healer. However, looking at the Paladin as a whole, we do recommend you pursue Healer. This is because although Paladins are capable of doing all the roles, their main strength is around supporting their allies with their blessings, auras (more on those later) and their capabilities to tank and heal. This is especially useful in PvE scenarios, where you’ll be constantly healing and tanking. In PvP, you can unleash rapid bursts of energy and survive big hits. On the topic of healer, we believe that Holy is the best Paladin class spec. This is better than retribution and protection, which don’t suit the gameplay mechanics of Paladins.

If you choose to go down the Paladin route, you’ll need to know where the Trainer NPC’s are to quickly access them. There’s Bromos Grummner, a part of the Ironforge faction, found in Coldridge Valley. There’s also Azar Stronghammer, also a part of the Ironforge faction, but in the Thunderbrew Distillery. There’s Brother Sammuel from Stormwind, found in Northshire Abbey. Also, Brother Wilhelm from Stormwind can be found in Goldshire. Beldruk Doombrow, Brandur Ironhammer, as well as Valgar Highforge can all be found in Mystic Ward. Athur the Faithful, Katherine the Pure and Lord Grayson Shadowbreaker can also be found in Cathedral square. And finally, Brother Karman can be found in Theramore.

Moving onto abilities! Unfortunately, Paladins aren’t known for their wide variety of useful skills in a core rotation. Therefore, you may need to skip a lot of abilities that aren’t needed. And due to Paladins receiving the free Warhorse mount at level 40, you don’t need to save up money to purchase a mount and can instead invest it into skills. Here are some skills we recommend you upgrade as a Paladin: 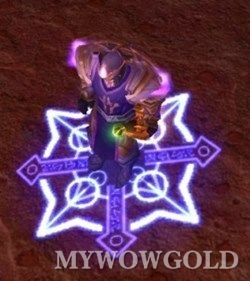 Regarding Auras, you should either use the Devotion Aura or Retribution Aura while you are levelling. Usually, the Retribution aura is better, due to its increased damage output, leading to faster levelling. On the other hand, the Devotion Aura can provide you greater protection, which may become useful. At level 30, you’ll unlock the Sanctity Aura, which is a must when killing a single enemy. However, if you’re attacking several enemies, you can’t go wrong with the Retribution Aura. 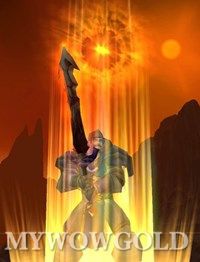 On the topic of seals, there’s a vast debate about which seal Paladins to use. The general concensus is to use the Seal of Command, but the downside of that is that it’s based upon your weapon damage and can only be used 7 times per minute. So, if you’ve got a fast 2-handed weapon with a low damage range, the Seal of Command is for you. In other cases, you should use a Seal of Righteousness, due to its flat damage that is added with every hit. On cooldown, you should Judgement, for quick, on-demand damage. For longer fights, you can also use Seal of the Crusader, which places a 10-second de-buff on the enemy.

Now, onto some general Paladin tips, which you can use while you’re levelling in WoW classic!

Firstly, you should always consider killing enemies of the same level as you. This is because they would grant 100% of their base XP reward values. In other words, if the enemy you kill is 1 level higher than you, you only gain a certain proportion of the base XP reward value. This also applies to the other way and can be even more severe. For example, killing an enemy a level below you can severely reduce the experience gained by up to 20% in some cases. 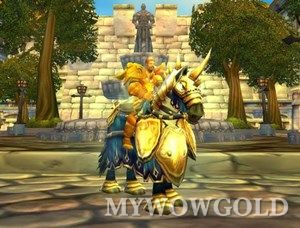 You should aim to front load spells and abilities in order to get the natural mana regeneration every 5 seconds, and then finish mobs with white damage.

You should always aim to exceed the limits of your efficiency in combat. Avoid always being at full health and mana, as that is usually a sign of inefficiency. Chain pull more aggressively, take more risks, expend more resources to get those faster kills, and do what it takes to keep things regenerating.

Ensure that you are taking advantage of the damage range, which is the most important quality of a Paladin weapon.

Keep saving wow classic gold by not buying higher ranks of Hammer of Justice, or spending gold on base ranks of Exorcism, Blessing of Sacrifice, Holy Wrath, Turn Undead, Seal of Justice and other Auras. Reinvest that money into things that matter, such as your weapons.

With all that said – we hope you enjoy playing your Paladin in WoW classic, and we’ll see you again in another guide!